Home » Chivalry 2 update adds new maps, a new mode, and best of all, the return of Arrow Cam

Chivalry 2 update adds new maps, a new mode, and best of all, the return of Arrow Cam 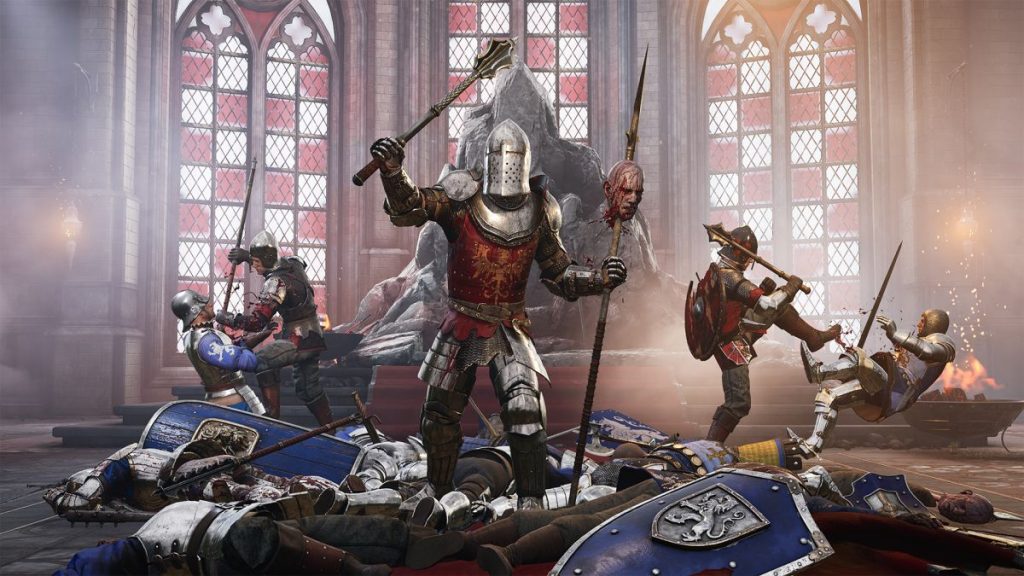 The first free content update for medieval battle simulator Chivalry 2 is titled House Galencourt, adding two new maps, a new mode, over 60 new customisation items, and the return of a fan favourite feature from the original game. You can watch a new trailer for the update below.

In the update you’ll find Galencourt, a new team objective map. “The Mason Army lays brutal siege to the great walled city of Galencourt,” the press blurb reads. “Capture the great walled fortifications, explode the harbour’s ships, then desecrate the relics and the tomb of Feydrid.” The gleaming white castle and surrounding town looks very nice in the trailer—but I wouldn’t want to be the medieval serf tasked with scrubbing the bloodstains out.

The update also adds a new 3v3 mode, Arena, which is exactly what it sounds like. “Experience more competitive, smaller-scale battles with a focus on teamwork,” says developer Torn Banner. “Arena mode will be playable in special versions of 3 maps: Tournament Grounds, Fighting Pits, and the new Courtyard map.” This sounds like a fun way to team up with friends and hone your combat skills away from the chaos of a regular full-size battle.

But the real standout feature in the House Galencourt update is the return of Arrow Cam. Like in the original game, you can fire an arrow and follow its path as it soars towards an enemy and embeds itself in their skull. Or into a wall if you miss, which isn’t as cinematic. Yes, it’s a pretty frivolous feature, but I will never tire of when a game’s camera follows a bullet or an arrow to its target. Just make sure no one with a sword is near you when you trigger it.

If you’ve somehow missed out on Chivalry 2, it’s a joyously brutal multiplayer game about battering people with medieval weapons. Previously, Tyler has written about loving its shuffle mode, and Rachel also wrote about why severed heads are her weapon of choice in battle. Gross.