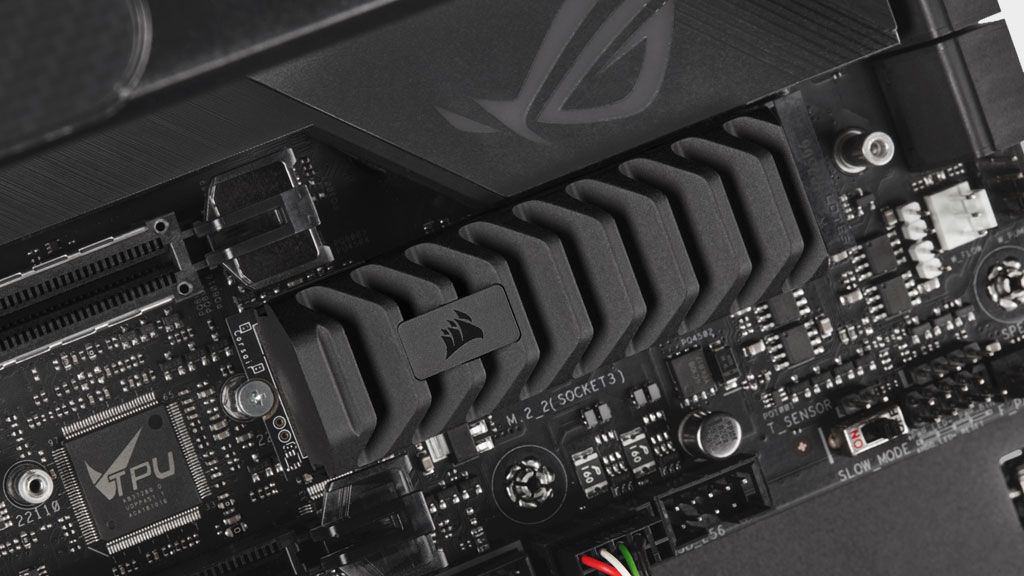 The fastest SSDs all leverage the PCIe 4.0 bus, but not all are created equal—in terms of rated specifications, it largely boils down to when they were released. Timing matters, because the first crop of PCIe 4.0 SSDs topped out at around 5,000MB/s. Then came a new round of memory controller hardware, which pushes speeds north of 7,000MB/s. Corsair’s new MP600 Pro XT falls into the latter category, while also boasting incredibly high IOPS.

This is Corsair’s fastest SSD to date. It’s available in 4TB, 2TB, and 1TB capacities, and while specifications vary between the smallest and two biggest drives, all three are rated to deliver up to 7,100MB/s of sequential read performance. Here’s a snapshot of the relevant speed metrics:

This won’t always come into play—IOPS can affect performance when accessing a bunch of files that are scattered across the NAND flash memory chips. In terms of real-world usage, most users won’t actually notice much of a difference, though it still speaks to the quality and capabilities of the NAND, controller, and firmware.

In this case, Corsair pairs Micron’s 176-layer 3D triple-level cell (TLC) NAND memory chips with the Phison’s PS5018-E18 controller. It’s the same controller as found on Corsair’s MP600 Pro (non-XT) released earlier this year (and most of the fastest SSDs on the market), but the NAND is an upgrade over the 96-layer chips the non-XT models use.

In those terms it’s actually identical to the Seagate FireCuda 530 we recently reviewed, which uses the same NAND and controller, though is tweaked to deliver ever-so-slightly higher sequential performance in 2TB trim. The difference there is likely to come down to firmware.

Corsair also outfits its MP600 Pro XT with a “uniquely styled aluminum heatspreader” to keep toasty temps at bay. It’s chonky for sure, though is actually rather cute in the flesh. Additionally, Corsair says its new drives are compatible with its Hydro X Series XM2 water block, if you want to incorporate one into your liquid cooling loop.

The new drives are available now on Corsair’s webstore, priced at $990 for the 4TB model, $400 for the 2TB drive, and $200 for the 1TB model. Not cheap, though generally in line with other SSDs in the same speed class.