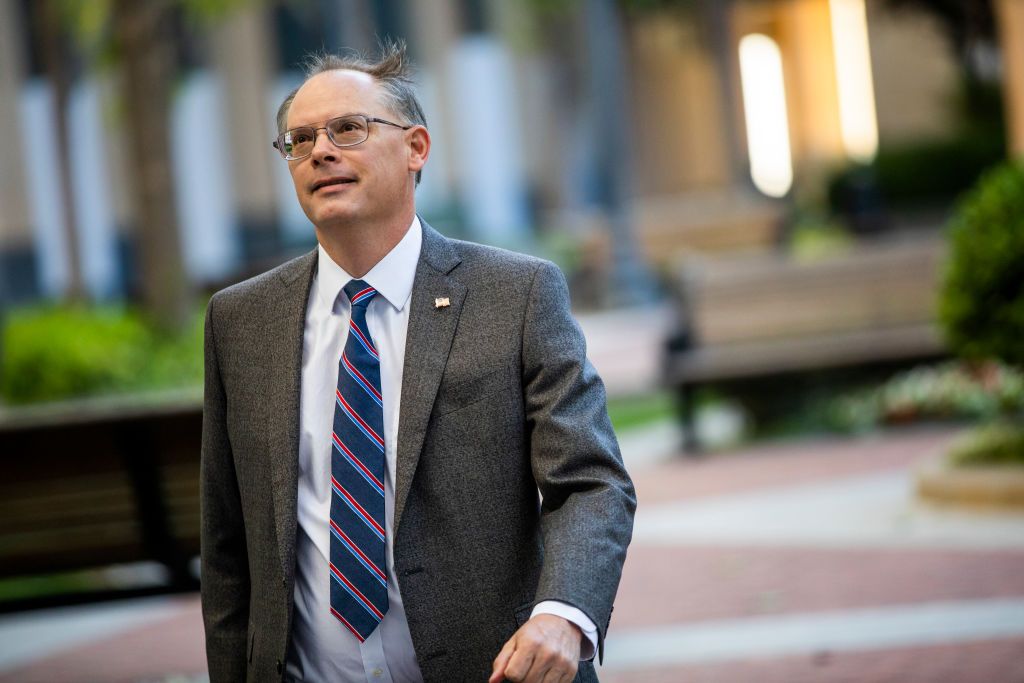 Epic Games CEO Tim Sweeney is constantly going on about “the metaverse.” It’s part of the reason Epic sued Apple over its iOS App Store policies: It’s hard to build a virtual universe that works the same across all platforms if one of those platforms has a bouncer at the door demanding a 30% entry fee. But it’s also fair to wonder whether Sweeney’s affection for a term coined in a sci-fi novel really constitutes a business plan. Does Sweeney truly believe in this metaverse stuff?

According to the US District Court: Pretty much, yeah.

As for what the metaverse actually is, well, the Court understands it to be a “digital virtual world where individuals can create character avatars and play them through interactive programmed and created experiences.” It’s the virtual world of Neal Stephenson’s Snow Crash, where the term originated—Ready Player One is the more modern reference—where users can have “social experiences” and “game experiences” within an online environment that’s authored not just by its operators, but also by its users. Second Life, VRChat, and Roblox come to mind, though only the latter is actually mentioned by the Court. (That’s probably for the best, given the stir a nude banana has already caused.)

Fortnite also has metaversey qualities by this ‘kitchen sink’ definition. It’s a battle royale game, a place for social experiences like movie trailer premieres and concerts—there’s a big season-ending event happening this weekend—and its Creative mode allows users to build their own experiences. (It’s weird to think that Fortnite used to just be a co-op shooter I didn’t care much about. Now it’s got a Martin Luther King Jr exhibit.)

I’m thinking, however, that what appears on screen is the wrong focus when talking about “metaverses,” even if Sweeney himself said that a metaverse is a “realistic 3D world” that mixes games and socializing. (He was not immediately available for an interview about the ruling.)

My understanding is that Epic’s metaverse vision—which Sony has backed with hundreds of millions of dollars—is less about Travis Scott concerts and more about making platforms irrelevant. The goal is to build a network that allows people to play, socialize, create, buy, and sell digital stuff regardless of whether they’re on their phones or PCs or smart fridges, and regardless of whether they’re logged into their Steam accounts or their Epic Games Store accounts or their Bank of America accounts. All of that is great for Fortnite, which Epic wants to transition into more of a creative platform (sharing profit with creators like Valve does), but I don’t think the idea that Fortnite is the metaverse being talked about reflects Epic’s true ambition.

Epic’s goal of broader platform-irrelevancy is visible in the online services that it offers game developers for free. Epic’s account services, for example, are designed to “bridge friend connections across platforms and devices.” And to explain why it gives all this away for free, even to developers who don’t release their games on the Epic Games Store, Epic says that everyone benefits from “growing a cross-platform account base and social graph available to all.” Of course, Epic stands to benefit from controlling this platform that transcends platforms.

Apple’s current App Store policies are getting in the way of that vision, though. First of all, Apple’s 30% take of in-app transactions isn’t ideal if you’re trying to make the differences between platforms disappear. Either Epic makes 30% less money on iPhone Fortnite V-Bucks purchases, or it raises V-Bucks prices for the iPhone version only. Right now, Apple wouldn’t even let Epic include a note in the Fortnite iOS app letting users know that they can buy V-Bucks elsewhere, never mind put its own payment processing system into the app (which is what Epic did to get Fortnite kicked off the App Store last year).

Secondly, Apple doesn’t allow iOS apps to sell other apps, which has stopped Epic from releasing a mobile version of the Epic Games Store, and presumably from pursuing some more-fully-formed vision of its metaverse that goes beyond Fortnite and V-Bucks.

Today’s Epic v Apple ruling helps Epic out with one of those problems. The ruling overwhelmingly sided with Apple, but if it were the conclusion of an anime fight scene, Apple’s victory laugh would be cut short when a razor-thin red line opened up across its face, revealing that it only dodged 99 of 100 katana slices.

Within two months, Apple has to start allowing iOS apps to advertise their own payment systems. At minimum, Epic will be able to put a link in the Fortnite iPhone version which opens a URL where they can buy cheaper V-Bucks. They might even get away with putting their payment processing system directly into the app—the injunction isn’t totally clear on that, and The Verge has a good breakdown of the ways in which it can be interpreted.

Epic didn’t get everything it wanted, but this was just the first attack in the metaverse wars, and I’m surprised that Epic managed to land any strikes at all. Plus, we learned that Tim Sweeney is, in the opinion of the United States District Court, Northern District of California, not bullshitting us about this metaverse stuff.

In the ruling, the Court also attempted to define “videogame,” which may be even harder than defining “metaverse.” I think it did a pretty good job!