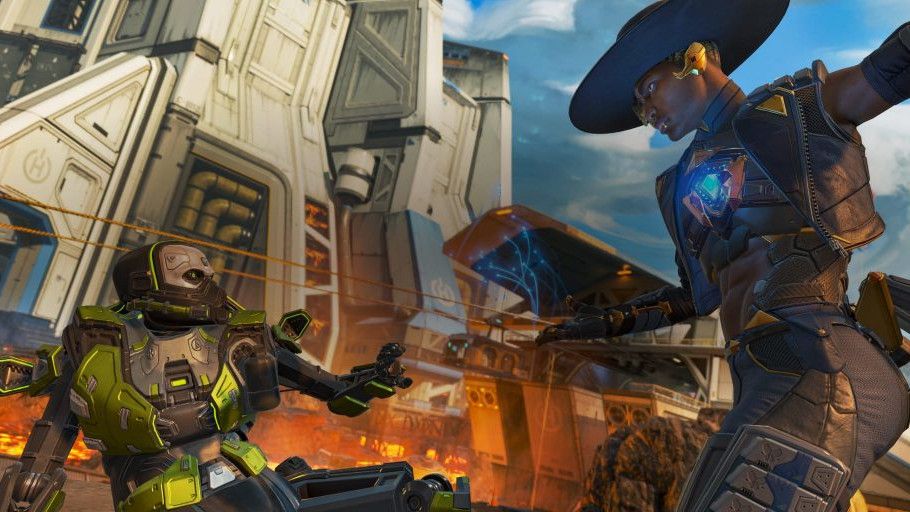 A crafty Apex Legends player has sussed out a neat trick to give Seer’s ultimate an even bigger boost.

The newest legend has the mighty useful Exhibit ultimate, which throws out a sphere of micro-drones that can reveal the enemy’s movement or gunfire. It’s usually pretty static though, with the drone sphere remaining wherever you’ve thrown it.

Redditor CartoonsAndCoffee realised that with a decent enough pitching arm, you can lob the ultimate onto one of the cargo bots in World’s Edge (thanks, Dexerto). The bots follow a path around a decent chunk of the map, and with an enemy-tracking sphere on its head, the radius of Seer’s ultimate ends up widening pretty dramatically.

It’s a fun little trick, one that isn’t exactly easy to consistently replicate to the point of being a frustrating exploit. But it’s potentially another dangerous tool in Seer’s kit, who’s already considered to be pretty overpowered right now. Respawn has acknowledged that he’s “a bit too strong at the moment,” promising in a Reddit AMA to knock him down a peg in the next update (thanks, PCGamesN).

Apex Legends just kicked off its 10th season, bringing ranked arenas, map changes and rare sets for Pathfinder, Lifeline, Bloodhound and Gibraltar. Our Nat’s been pretty happy with some of the big changes to World’s Edge this season, though she wishes they’d get rid of Fragment.