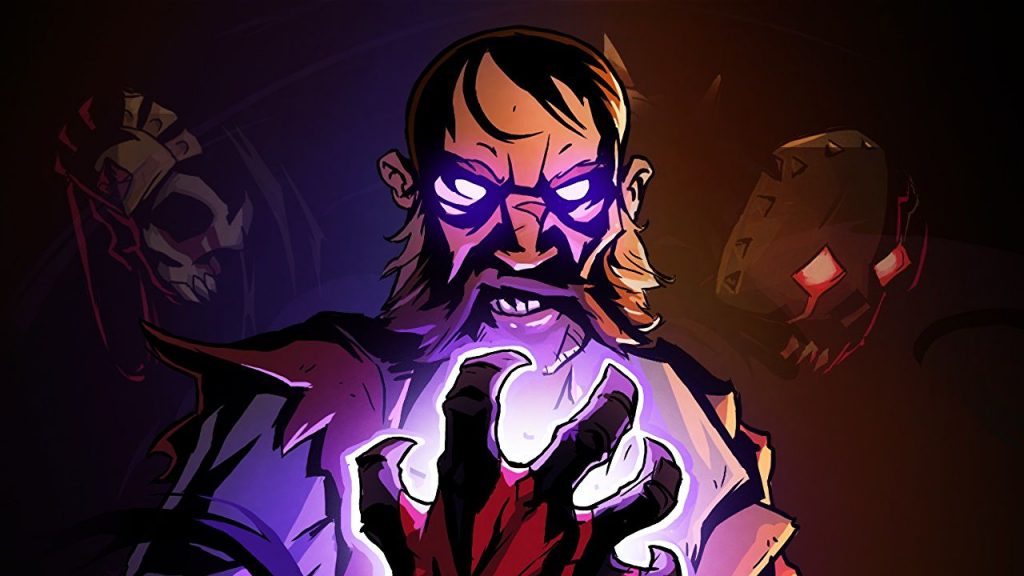 Curse Of The Dead Gods is a roguelike dungeon-crawler I’ve had my eye on for a little while now. It has similar aesthetics to Darkest Dungeon, but rather than turn-based combat, it throws players into some Hades-like, top-down hack and slash action – a combo I’m very eager to try. It was in early access for just under a year, and launched in full today. It looks dark and punishing and very good indeed.


In Curse Of The Dead Gods, you play as a guy who’s exploring a horrifying and deadly temple for exactly the reasons you’d expect – money, power and eternal life. Like a lot of roguelikes, you’ll collect relics and weapons to help you beast through hordes of enemies, and ultimately kill some gods. All in a day’s work.


One of the main gimmicks in the game (which is very similar to Darkest Dungeon) is that you’ll have a much nicer time fighting monsters while you’re in the light. You have a torch which you can use to illuminate a room to spot traps and enemies, as well as light braziers dotted around the dungeon. You’ll wanna do that too, because not only will you take more damage in the dark, but you’ll increase your Corruption level, which is where the “curse” part of the title comes in.


Fill up your Corruption bar, and you’ll get a curse. These aren’t all bad though – curses usually give one downside and one upside (like, opening chests gives you more gold, but also increases your Corruption), so chilling out in the dark for a little while isn’t the end of the world.

Honestly, the only reason I didn’t pick it up in early access before is because I know how many hours I spent obsessing over Hades and Darkest Dungeon. But you know what? I think I’m overdue an life-consuming roguelike now.


The game’s developed by Passtech Games, who you might recognise as the makers of Space Run and Masters Of Anima, and published by Focus Home Interactive.

Send message via your Messenger App