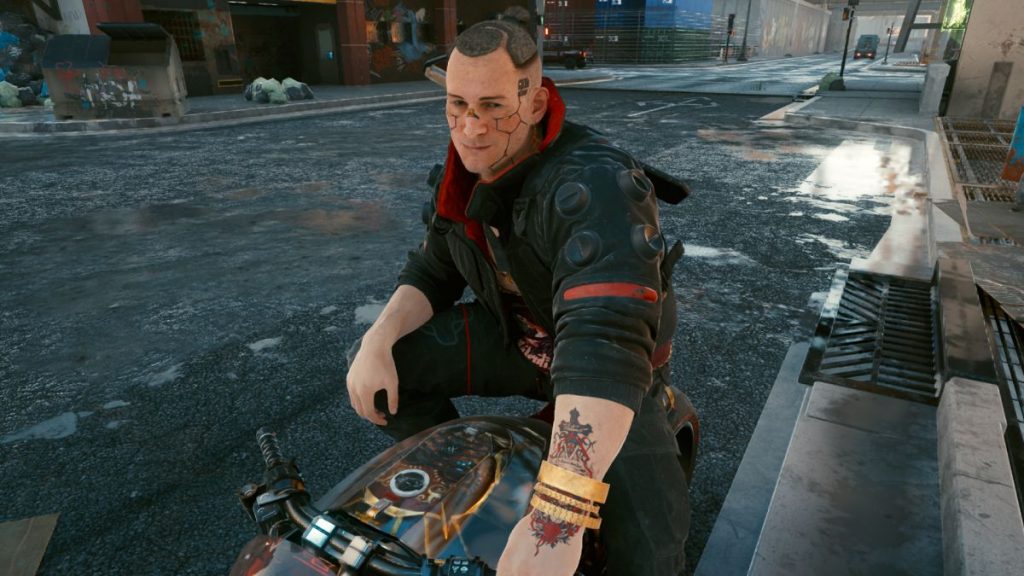 Look at our model Jackie Welles, above. Doesn’t he look like a happy little cyberpunk? He does and that is because Jackie knows for a fact that, from now on, when it rains in Night City, the roads will look wet. They always had, to be fair, until “ongoing work on the Wet Surfaces System” somehow made things stay bone dry.

“In 1.31 wet surfaces should look more detailed than they did even before the issue occurred,” promises CDPR. And if you’re thinking that this seems a bit of a boring thing to pick out, you should try reading the rest of the changes. Cyberpunk 2077 remains riddled with minor and occasional bugs that are slowly being squashed in incremental patches: here are the full notes which read, in part:

• Fixed an issue where after upgrading an item with a quest tag, the base version of said item wasn’t removed from the inventory.

• Corrected the height of the charged jump.

• V will no longer get stuck in falling animation when crashing a motorbike while also having “The Rock” perk.

The patch clocks in at 817MB on GOG.com (CD Projekt’s own storefront). It is a bit of a nothing update and, as is the case with much of Cyberpunk 2077, will feel to some like CDPR fiddling at the edges of a doomed world. Certainly one has to feel for those now toiling away on Night City’s future: because whatever they do will never be enough for a portion of the audience, and at times it feels like (as with the roads) half the new fixes just introduce new problems. But CDPR doggedly continues to improve upon its ill-fated vision of the future and, perhaps, one day yet it may shine.