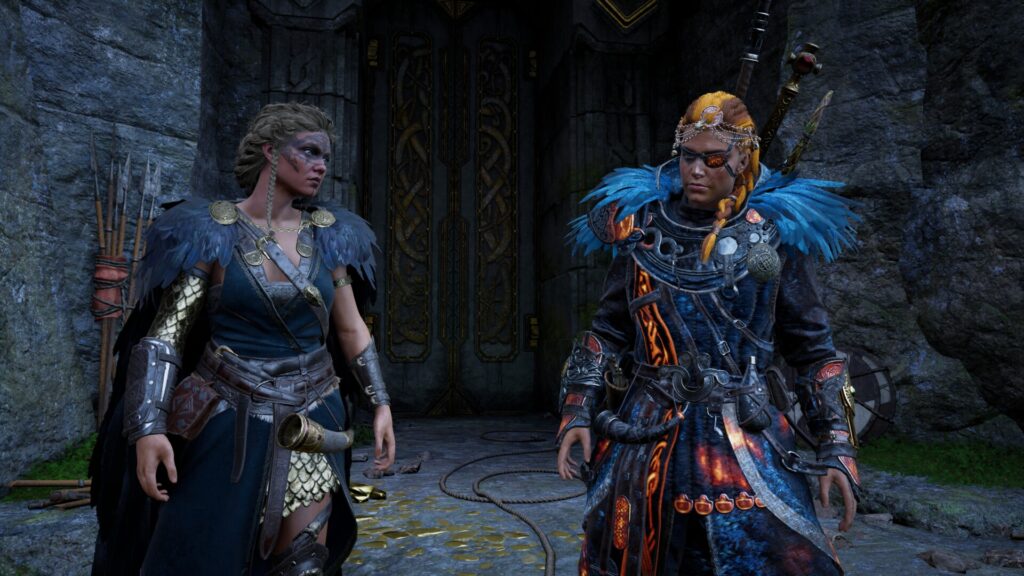 Note: For more information, check out our Assassin’s Creed Valhalla: Dawn of Ragnarok guides and features hub. Likewise, we suggest taking a look at our world map fast travel and points of interest guide.

Kara’s Domain can be found in the Svaladal region of Assassin’s Creed Valhalla: Dawn of Ragnarok. You can follow the river or main roads northeast from Gullnamar until you reach Jordeygr Shelter and Yrkjandi Mylna. From there, cross the river until you see the mountain. This can be quite a hassle to climb, so I suggest using the Power of the Raven so you can fly to the top.

Note: Once discovered, Kara’s Domain will act as a fast travel point so you can return here whenever you like. There are also several corpses here that you can interact with to receive different Hugr-Rip powers. 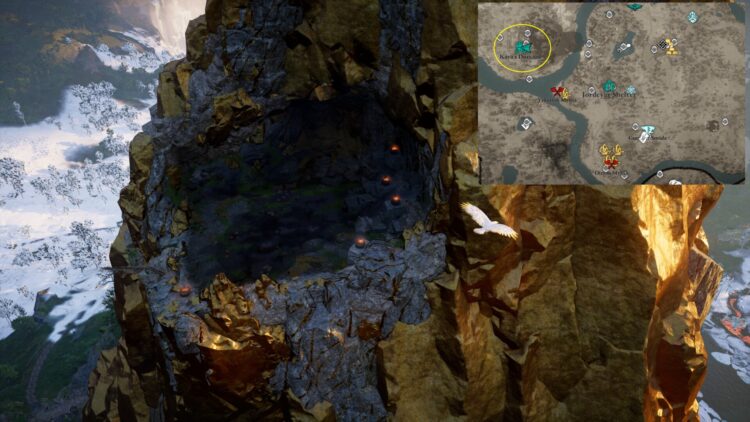 These are the rewards from Kara’s Domain in Assassin’s Creed Valhalla: Dawn of Ragnarok: 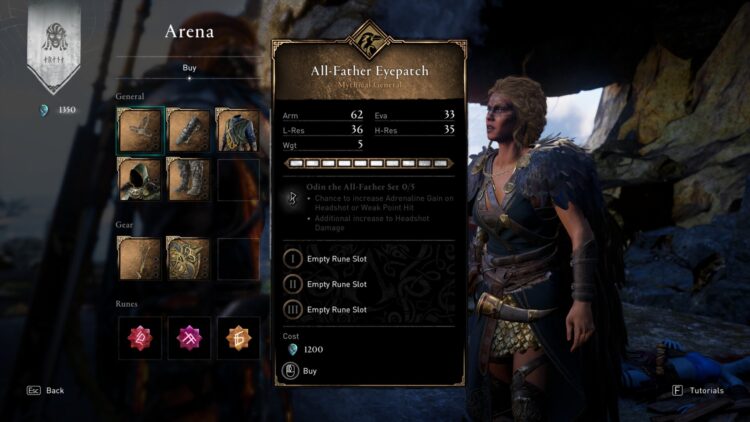 To obtain the aforementioned items, you’ll need to amass Kara’s Tokens in Assassin’s Creed Valhalla: Dawn of Ragnarok. These come from the challenges that are presented to you. Before we get to those, you’ll want to take note of Boasts. These are basically modifiers to make these encounters more difficult. The more Boasts are active, the more Kara’s Tokens you’ll earn. However, bear in mind that using the same Boasts over and over won’t net as much later on. 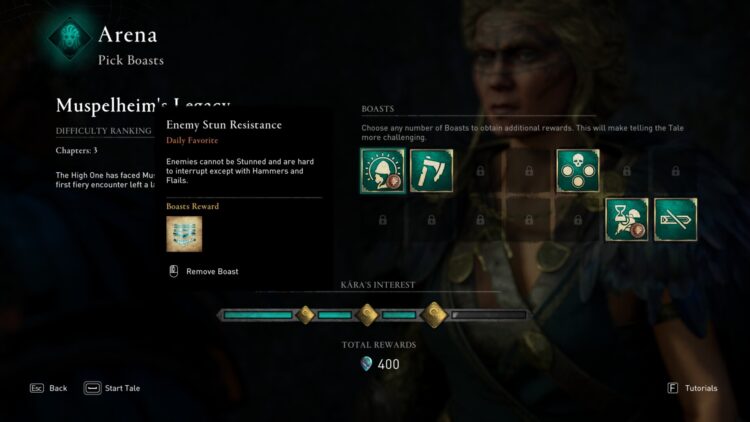 As for the challenges themselves, these have difficulty levels symbolized by skulls. Prior to starting them, you can select certain modifiers such as:

Note: New kinds of boasts are unlocked by picking up Heroic Sagas (i.e., scroll icons on the world map). 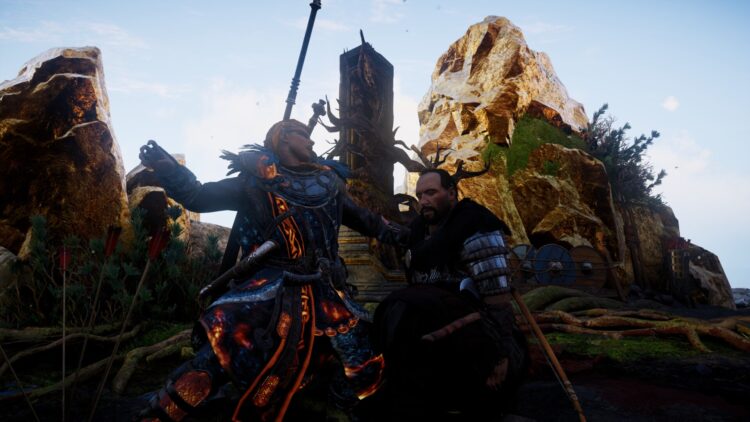 The Kara’s Domain challenges in Assassin’s Creed Valhalla: Dawn of Ragnarok represent encounters or foes that you’ve seen during progression. Just play the expansion’s campaign normally and explore this realm, and more will become available.

For instance, Muspelheim’s Legacy has a few waves of regular enemies from Svartalfheim. Meanwhile, Fallen Warriors and Midgard Challengers are bouts against mobs, as well as named NPCs that you’ve fought in the campaign. Likewise, there’s Warlord of the Muspels, which is the introductory boss battle against Surtr. There’s also a Tale of Ice and Fire, which doesn’t end in a disappointing Season 8. Rather, it has you facing off against Sinmara’s Chosen (assuming you’ve already eliminated them). 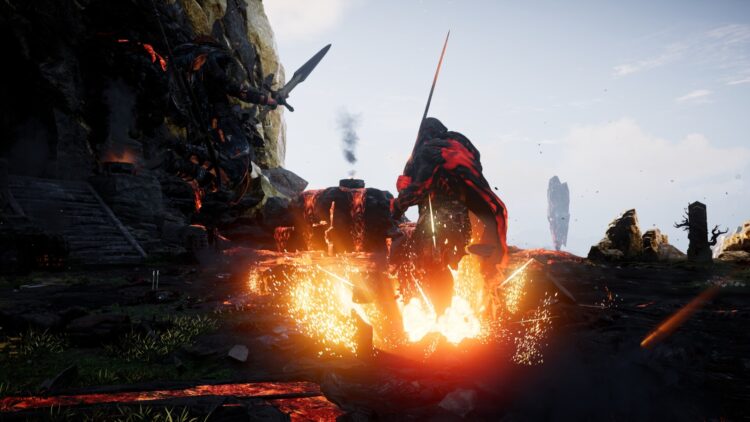 Assassin’s Creed Valhalla: Dawn of Ragnarok is available via its official website. For more information, check out our guides and features hub.