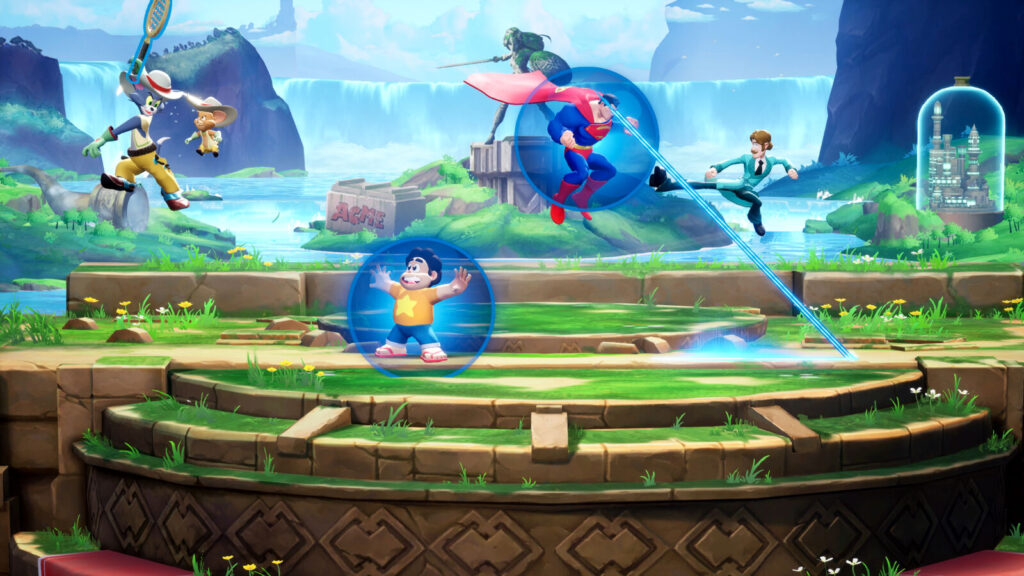 Franchise mash-up brawler MultiVersus slams into season one today, despite only recently being postponed indefinitely. Although nothing has been announced yet, it appears that DC Comics supervillain Black Adam and Gremlins antagonist Stripe are new characters being teased for the game’s roster of fighters. Players are sharing screenshots and footage of ads for MultiVersus that show off the gruesome twosome.


Black Adam and Stripe have been given the full MultiVersus makeover to fit the game’s cartoony style. The upcoming Black Adam movie starring Dwayne ‘The Rock’ Johnson lands in cinemas on October 1st, so it would make sense for Warner Bros. to time his introduction in the game ahead of that. Gremlins 3 isn’t due out until December 2023 but, heck, everyone loves Gremlins right?


Images and video of ads showing the so-far unannounced characters have been shared online:

And here’s the highest quality version of the Black Adam and Stripe image so far! #MultiVersus

MultiVersus hasn’t forgotten about Rick And Morty though. Morty’s scheduled to go live on August 23rd, with his gramps Rick popping up later in the season. The new free character rotation with the start of season one is Arya Stark, Batman, LeBron James and Steven Universe, which runs until August 30th.


Devs Player First have said that the season one patch will arrive in two stages over the next few days, with the initial part arriving today. Not every change coming is going to be immediately obvious in the game because of this staggered patching. MultiVersus’s season one battle pass also launches with the start of season one, and has already been confirmed to include 50 tiers and cost around £8/$10/€10.


Ed placed MultiVersus on our list of the best multiplayer games to play on PC in 2022. “While the game lacks Nintendo polish – and to some extent, punch – it makes up for it with zero barrier to entry and a roster of characters that are still a joy to control,” he said. Ollie handily ranked all the fighters for you in his guide to the best MultiVersus characters, so that’s worth a read if you’re just jumping into the game with the start of the season.


MultiVersus is free-to-play on Steam and the Epic Games Store. Season one begins today, August 15th. You can read the full patch notes for the season one update here.