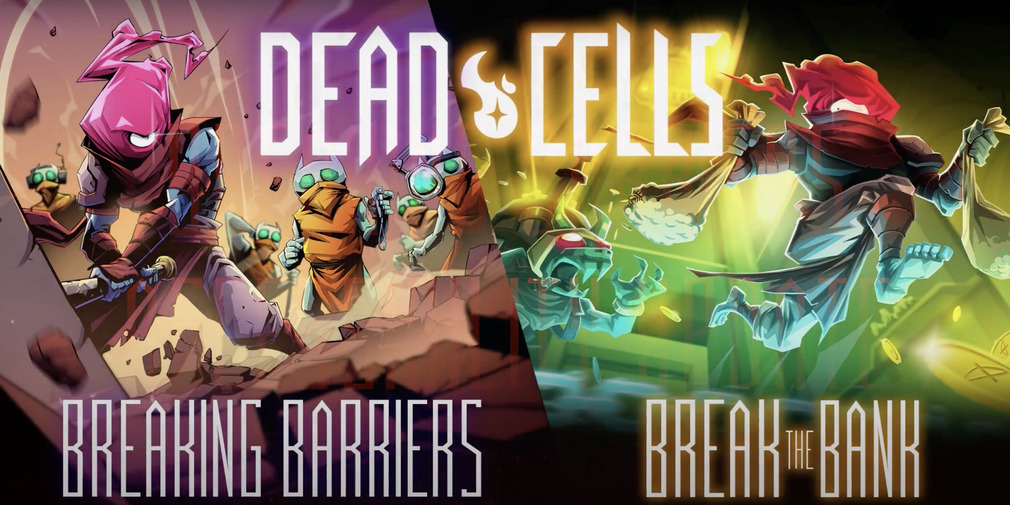 The legendary roguelike Dead Cells, developed by Motion Twin, has announced that the mobile edition is finally receiving a few updates that have been available on its PC counterpart for a while now. The Breaking Barriers and Break The Bank updates, due out on November 29th, focus on adding both new accessibility options alongside some new content as well!

The Breaking Barriers update itself is the one focused on those accessibility options, and mostly adds in graphical tweaks within the in-game options menu that will make the game a little easier on the eyes for colour-blind audiences, those with vision impairments, and generally just anyone who finds the graphics of Dead Cells a bit overbearing at times.

The Break The Bank update, on the other hand, is the one focused on content. This one introduces a new way to spend the money you earn throughout your runs: by investing them into unlocking new weapons and mutations. In an interesting way to add in new risk mechanics, you’ll be risking your savings as well by purchasing loans from the Bank – but of course, you’ll have to do battle by the end of your run to pay back that gold against enemies who will also steal the gold you currently have in your pocket.

And as a final surprise, mobile Dead Cells gamers will also be receiving the Enter The Panchaku update, which includes a barrage of balance changes for items and weapons alongside making certain tools interact with others in new ways. This adds a ton of new ways to play Dead Cells, and makes for an even larger variety of options available than before, which was already a ton.

Dead Cells is possibly one of the most successful roguelikes ever created, both within the mobile market and consoles as well. It’s wonderful to see it still being supported by the developer this far into its life cycle. Hopefully, we’ll see even more free updates coming soon too!

If you’d like to try out this new content yourself, you can purchase Dead Cells for only $8.99 at either of the links below!

Looking to live, die, and live and die again over and over? Check out our Top 25 best roguelikes for iOS!