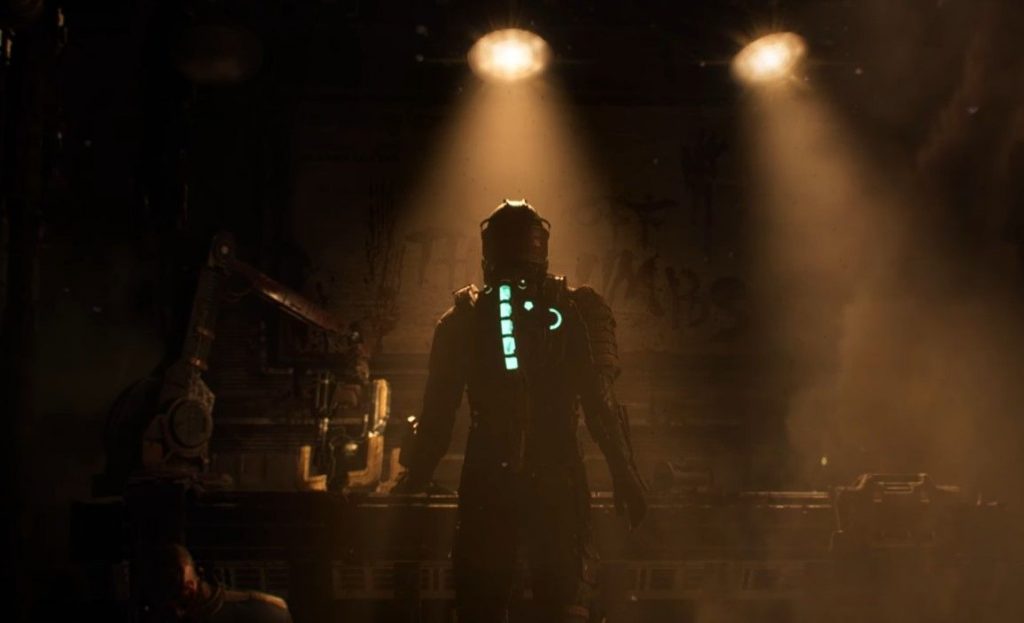 Electronic Arts finally confirmed in July that a Dead Space remake is in the works. The sci-fi horror do-over is being developed by EA Motive, and will be “completely rebuilt from the ground up,” with enhanced graphics and a story that will closely, but not completely, follow the original. Today we got a bit of a closer look at what the studio has in mind and how things are going, and while it’s still very early in the development process, it looks pretty promising.

The core combat mechanic in Dead Space can be described as “cut off their limbs,” which is so central to the game that someone wrote it on the wall in blood. The reboot will lean into that aspect of gameplay even more, with a new “body destruction” system that will enable players to carve and cook enemies in “super-precise” ways.

“The body destruction technology that we’re developing, that is allowing us to really remove the flesh off of the bones of the enemy, and to give you a good sense not only of gore … but also of how much damage am I doing to the opponent,” creative director Roman Campos-Oriola said. “Is my weapon actually useful against this one? How close is it to dying? That’s something that to me is really interesting.”

Here it is in shooting-gallery action:

It’s all immediately recognizable as Dead Space, but it’s been 13 years since the release of the original, so of course the visual quality has come a long way. I’m not sure “pretty” is the right word for it, but even at this very early stage there’s no question (and no surprise, really) that the visual fidelity is dramatically improved.

More dismemberment? Okay! Here’s Campos-Oriola demonstrating the improved precision of the plasma cutter and its impact on skin vs bone:

Motive also offered some insight into its approach to Dead Space lead character Isaac Clarke, saying that there are two rules for his dialog: He will “primarily only speak when spoken to,” but will also sometimes speak in situations where it would seem weird if he didn’t say something. And as a nice callback to the original games, Motive is bringing back voice actor Gunner Wright, who voiced Clarke in Dead Space 2 and 3, to reprise the role in the remake.

Isaac has something to say. #DeadSpace pic.twitter.com/csOKT6ZCYVAugust 31, 2021

The Dead Space remake is still in the fairly early stages of development, and all of this is a work in progress. “We wanted to do this because we wanted to be open with the communication, and open with how we’re tackling this game,” senior producer Philippe Ducharme said. “I want to be clear: This is not a gameplay reveal.”

That may be, but I think it looks very promising: Dead Space, but with better PC controls and 4K blood-and-guts is absolutely something I want to play. If you didn’t catch it live, EA Motive’s full livestream is available on Twitch.