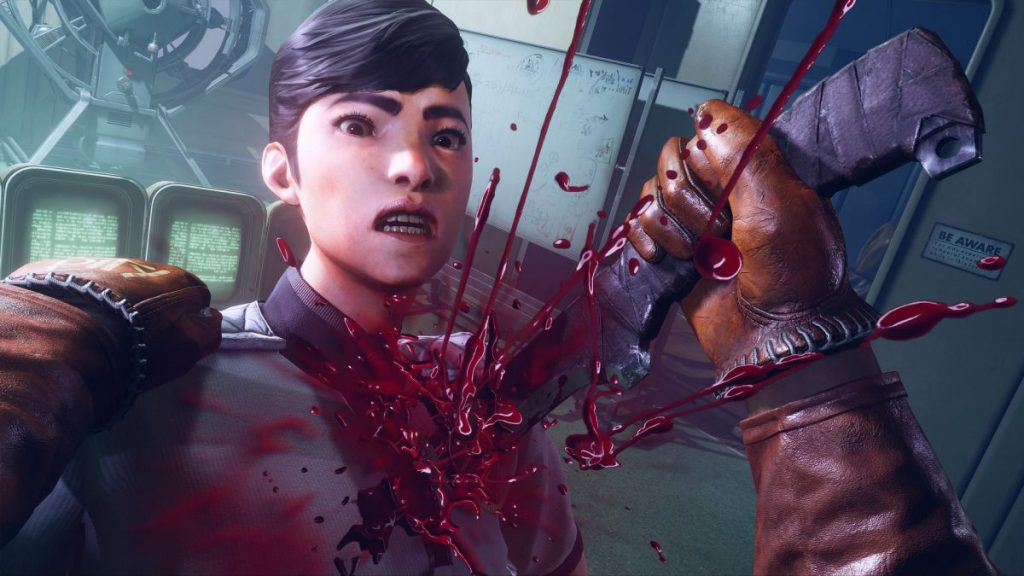 Deathloop is less than a week away, but Bethesda managed to sneak in one last trailer full of flashy firefights, vibrant locales, and eccentric party animals. Courtesy of Sony’s latest PlayStation Showcase, the trailer is narrated by protagonist Colt Vahn, who is understandably fed up with the authoritarian Visionaries who run his prison-turned-party island. He’s got a lot of questions that the trailer doesn’t quite answer, but it does tease some interesting threads to follow, like a poster that purports that Colt is the island’s Head of Security.

The three-minute trailer also reminds us that this is indeed an Arkane game, showcasing a number of unique ways to take care of enemies without shooting them. In one scene, we see Colt using a power very similar to Dishonored 2’s Domino ability. This technique links the fate of multiple people, which means if you take out one of them the others will fall in tow.

Verticality also plays a factor as Colt jumps from huge heights in multiple shots, either to take out someone stealthily or go guns-a-blazing all the way down. My favourite moment of the entire trailer is when Colt shoots a vending machine to make candy fall on the floor in front of a charging enemy. He slips like a total doofus. Making people look like doofuses is the power trip I want most from games.

Before the trailer ends, we get one last look at our eight targets—each of them is going to look like a total doofus by the time I’m done with them. Deathloop releases on September 14.

Deathloop’s system requirements were recently revealed, and they demand a somewhat hefty PC for 1080p/60 fps at high settings: at least an RTX 2060 or Radeon RX 5700. You might be able to get away with a slightly older card and still hit that 60 fps mark, but we won’t know for sure until we can test Deathloop for ourselves.