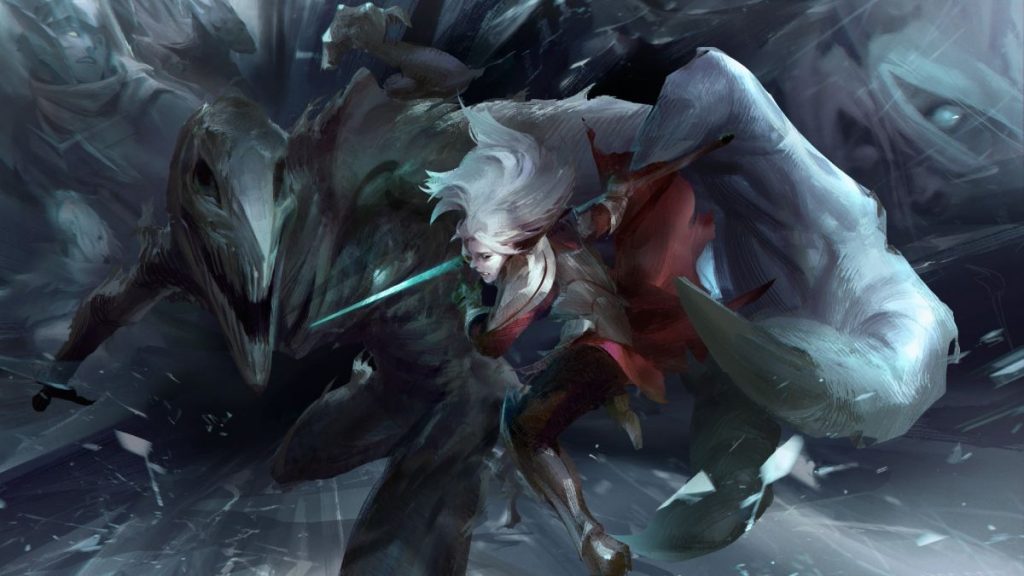 Death’s Gambit was one of the better 2D soulslikes back in 2018, thanks to some great artistic direction and an impressive level of character customization (plus Matt Mercer playing Death never hurts). Those of you who missed out, or just want to revisit the land of Siradon, now have the chance with Death’s Gambit: Afterlife, a free update for those who own the original game on Steam.

Check out the new release date trailer above.

The original game was already a decent length, but the Afterlife update adds 10 new worlds, six new boss fights, 22 weapons, 100 talents, plus a laundry list of enhancements to story content, cinematics, and gameplay. It looks like a pretty significant upgrade, too, with some entire areas looking like they’ve been visually reworked from the ground up. The developer says the scope of the world has “doubled in size”

Death’s Gambit’s narrative is, to no one’s surprise, grim and atmospheric in the way you’d expect a Soulslike to be. Playing as Sorun, a military commander who perishes in battle, you are resurrected by the physical manifestation of Death and offered a contract to serve him. As Death’s right-hand man, you’ll journey across Siradon to defeat the undying guardians of the realm. Just like Dark Souls, you’ll learn more about the state of the world as you venture through locations and defeat incredibly tough bosses, like a giant armored horse thing or a lightning-shooting lizard.

Samuel knocked Death’s Gambit a bit for some of its gameplay design choices, so hopefully those are addressed with Afterlife’s new movement and attack mechanics. Improvements are rounded out with a new game+ mode and a new crafting system to build better weapons.

Death’s Gambit: Afterlife arrives on Steam on September 30 for $19.99 unless you already own the base game, in which case the update is free. To commemorate the occasion, publisher Serenity Forge is also releasing some new Death’s Gambit merch, including a 2LP vinyl record of the killer soundtrack.