Destiny 2: The Witch Queen teaser shows a very intimidating Savathûn, who is taller than Lady D 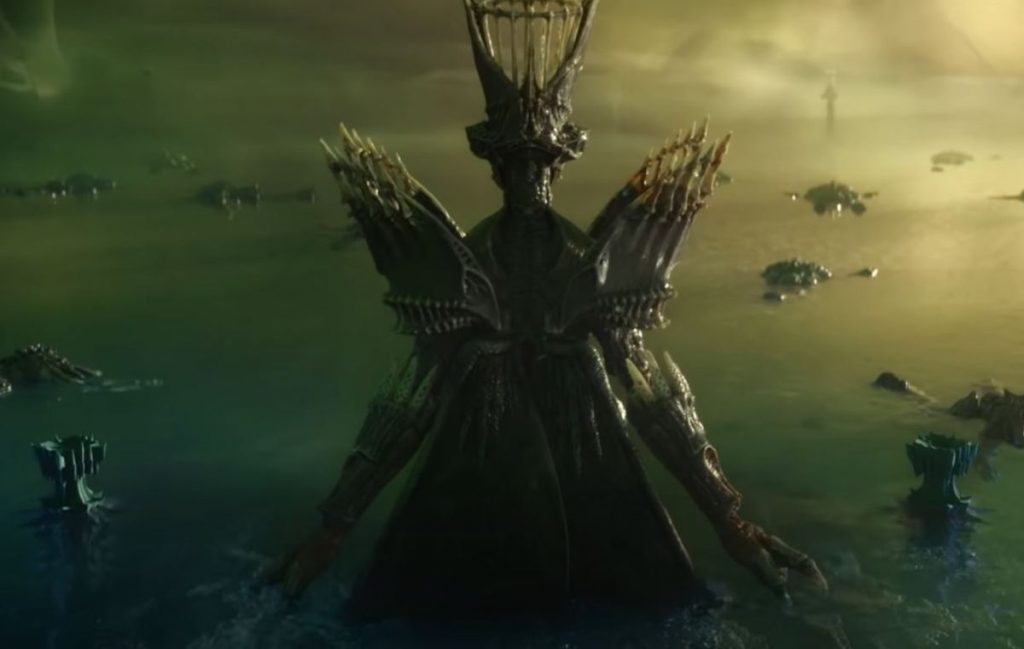 Bungie is set to properly reveal the next major Destiny 2 expansion tomorrow, and in the lead up they’ve issued the above 15 second teaser trailer. As has already been established, the new adventure will prominently feature Savathûn as the antagonist, who has managed to get onto most Guardians’ shit lists due to her apocalyptic treatment of the Last City. That’s Savathûn in the trailer above, listlessly bathing in a lake littered with corpses. Nice.

It’s also worth noting, because it’s a very important topic in 2021, that Savathûn’s height is a huge 21 feet, meaning she’s more than double the height of the other Very Tall Videogame Antagonist of the year, Lady Dimitrescu. The latter comes in at a frankly pathetic 9’6″.

Given that the reveal is tomorrow, not much is known about what The Witch Queen will contain. Resident fanatic Tim reckons a new elemental power is on the cards, along with a new destination—probably Earth’s Old Chicago.

The expansion reveal will coincide with the launch of Destiny 2’s Season of the Lost, which has itself given the rumour mill a good work out: Phil and Rich have outlined all that over here, and a lot of it sounds pretty legit.

Anyway, it’s not too long until we find out everything from the horse’s mouth: the big Destiny 2 showcase happens August 24 at 9am PT / 12pm ET / 5pm BST, or at 2am on Wednesday in Australia.