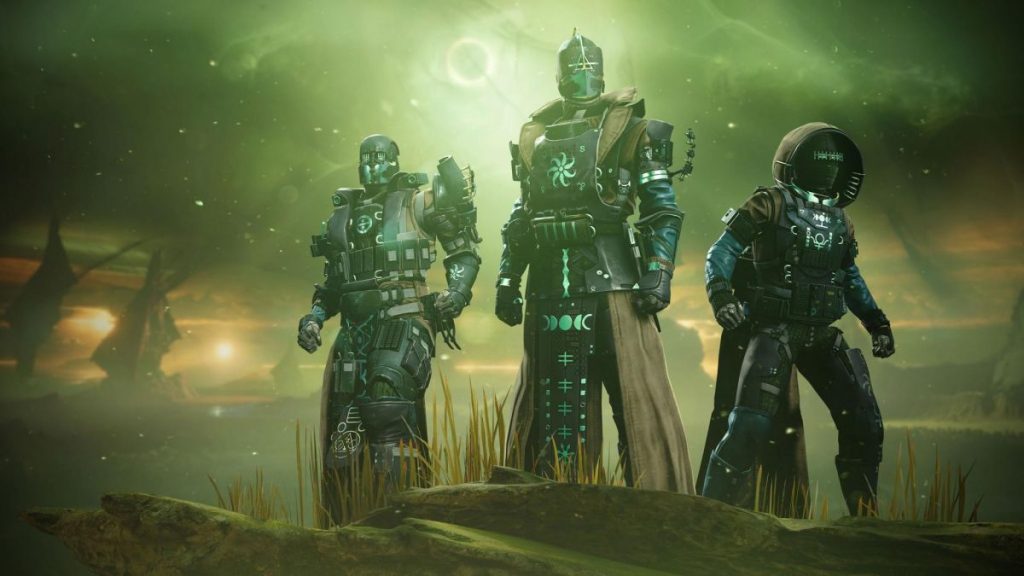 Seven years in the (lore) making, and Destiny 2 has officially revealed The Witch Queen in the above new trailer.

The big news from today’s showcase leaked in advance: weapon crafting is coming to Destiny 2, alongside a new weapon type, the Glaive. The flipside of these additions is that there’s seemingly no new subclass, which would go against a major and hitherto-reliable leak on Pastebin, so clearly we’ll have to wait and see on that one. The new destination for events will be Savathun’s throne world, and the expansion is scheduled to release on February 22, 2022.

“Delve into Savathûn’s Throne World to uncover the mystery of how she and her Lucent Hive stole the Light,” reads the official description. “Learn the secrets to crafting new weapons, the new Glaive, and survive the truth within her web of lies.

“A twisted wonderland of corruption and splendor, Savathûn’s Throne World plays host to a fragile balance of power. From her palace to the swamp, all that she hides can be found here.”

We’ll have more details from the official Destiny 2 showcase soon, and here’s everything we know about the Season of the Lost in the meantime.