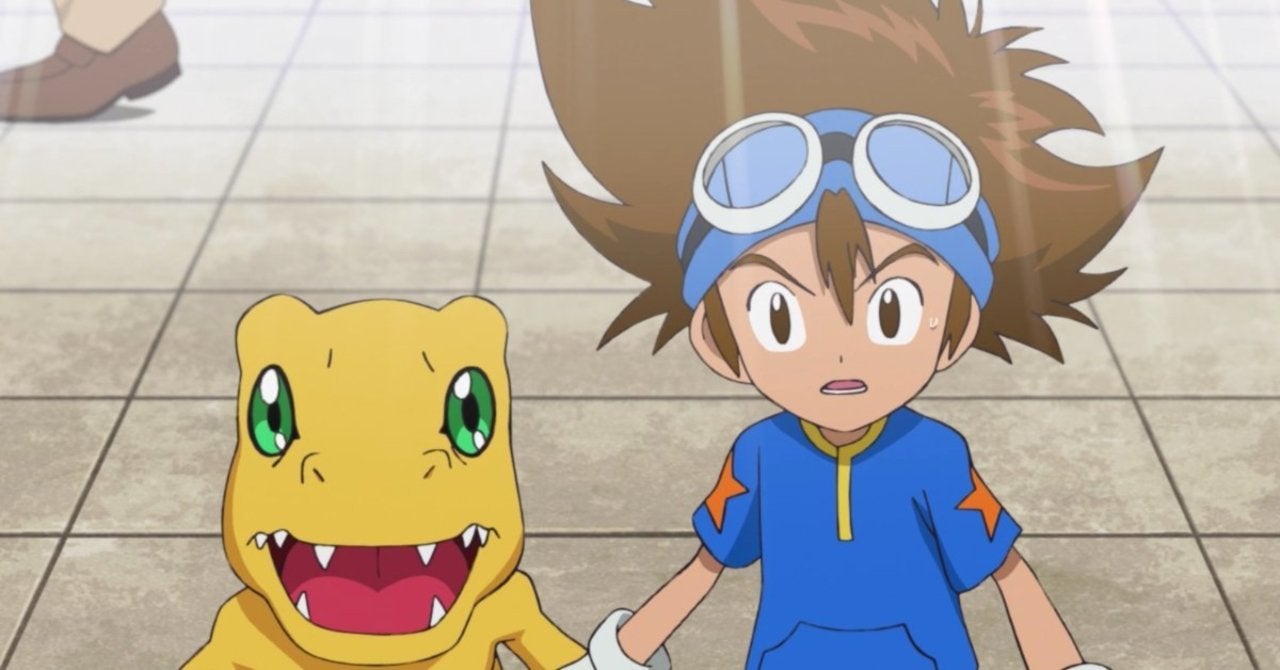 Digimon Adventure recently capped off its string of Ultimate Evolution debuts for the DigiDestined in this new series, and now the first arc can continue to unfold with a strange return home teased in the promo for the next episode of the series. Episode 15 ended with the strange cliffhanger of Tai, Izzy, and Mimi walking through a cave and ending up in what seemed like the real world, but it’s almost immediately clear through this promo that things are not quite what they seem.

Tai and Matt dealt with a powerful threat in the first two episodes of the series, but didn’t quite defeat it completely as a pair of shadowy eyes seemed to survive the fight with Omnimon. The next episode teases that the DigiDestined will be coming across these shadowy eyes once more belonging to a Digimon named “Eyesmon.”

Episode 16 of Digimon Adventure is titled “The Jet-Black Shadow Invades Tokyo,” and the synopsis (as noted by @Wikimon_news) begins as such, “Taichi, Koshiro, and Mimi pass through a cave just before meeting up with Yamato and the others. Once they exit, what spreads out in front of them is the Tokyo cityscape that they are familiar with…”

Long synopsis:
Taichi, Koshiro, and Mimi pass through a cave just before meeting up with Yamato and the others. Once they exit, what spreads out in front of them is the Tokyo cityscape that they are familiar with… pic.twitter.com/JIBUjR7FpQ

The synopsis continues to tease the kind of dark underbelly lurking under this strange depiction of Tokyo, “Taichi and co. wonder whether they have returned to their world. Although they each try going to their homes without knowing what is going on, there is something off about the city, which looks no different from Tokyo. Eyesmon, a Digimon with a lot of eyes, appears before Taichi and co., who are unable to go home, and are stunned by discomforting feelings. They fight against Eyesmon. What is the secret hidden within this city, which looks like Tokyo at first glance?”

Where do you think Digimon Adventure is going with this strange recreation of the real world? Surprised to see the Digimon from the first two episodes return in this way? What kind of the threat did Tai and the others walk into with this one? Let us know your thoughts in the comments or you can even reach out to me directly about all things animated and other cool stuff @Valdezology on Twitter!