Does eFootball deserve to be the worst reviewed game on Steam? 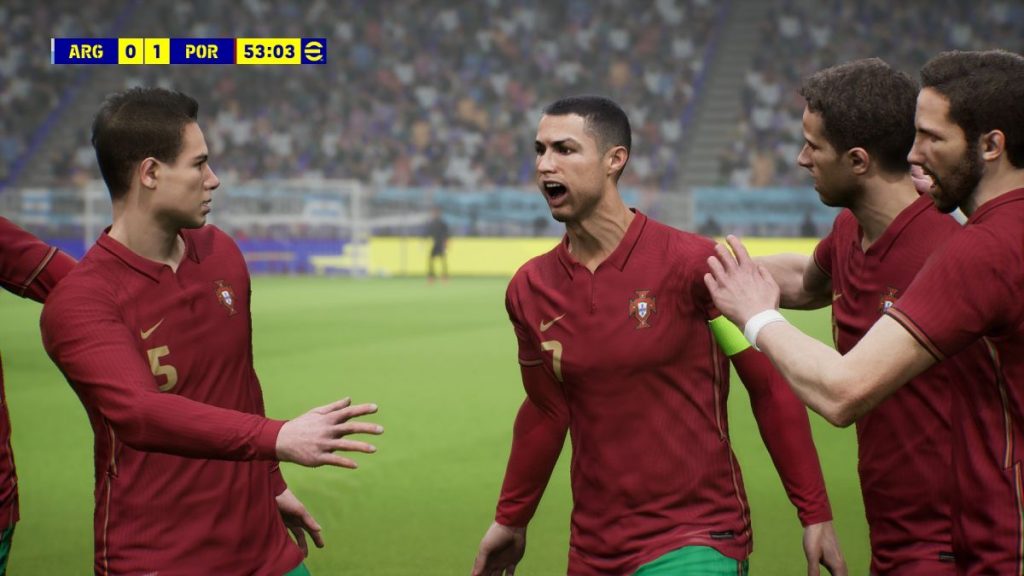 At the time of writing I’m looking at eFootball’s Steam page. The game launched yesterday and has in 24 hours amassed over 11,500 reviews, only 9% of which are positive. That means it’s been given an overall ‘overwhelmingly negative’ rating, and by certain metrics eFootball is the worst-reviewed game in Steam’s history.

Well, the wonky faces probably don’t help. Many longterm fans of the series are upset about the death of the Pro Evolution Soccer brand , don’t like the name eFootball or the idea of it becoming a service game. But just how bad is eFootball?

I’ve only played two hours but I can tell you: it’s not as bad as tens of thousands of overwhelmingly negative reviews. There’s no real scientific method to this, but I began scanning them just to see what folks are saying. I noticed that an enormous number of the negative reviews had miniscule playing times. Lots of them call it a ‘mobile game’ (I don’t think this is fair). There are absolutely also negative reviews from folk who’ve put several hours into the game and have some decent criticisms of it.

But the more I looked, the more this began to feel like an old-fashioned review-bombing. One obvious contributing factor to this is the hatred for Konami among certain sectors of the gaming audience, which started in 2015 when the company began pursuing a new mobile-first strategy, before having a spectacular public break-up with Hideo Kojima at the end of the year. At the time and ever since, the hashtags and perception of ‘Fuck Konami’ has persisted. This is obviously not helped by the fact that many of Konami’s biggest and most-loved franchises seem to be mothballed.

Because eFootball is free-to-play, users can review it and get a dig in without having to slap down $50 or whatever for the privilege. It really does feel like a lot of people have just decided eFootball is awful and reviewed it on that basis.

I’m not saying this is a game without problems, but to call it ‘the worst football game ever made’ is absurd: the game still feels akin to PES, albeit with slightly different physics, and while we’ve all seen the absurd shots of bugs and glitches it generally looks good in motion (though the crowds are pretty bad). I’m not sure I’d recommend it, yet, but I do think there’s a foundation here for Konami to build on.

Perhaps that’s the problem. eFootball should not have launched straight into a full release: simply labelling this as Early Access would surely have taken out some of the venom, not least because it does feel like an Early Access game. When it’s bad, it’s often bad in funny ways. It feels a bit like Mass Effect Andromeda’s viral lampooning all over again.

Konami’s now released the statement embedded above which reads, in part, “We are very sorry for the problems, and want to assure everyone we will take all concerns seriously and strive to improve the current situation. This work will be continuously updated, quality will be improved and content will be added consistently. From next week onward, we will prepare for an update in October […] We will do our utmost to satisfy as many users as possible, and we look forward to your continued support of eFootball 2022.”

Whether they’ll get it remains to be seen.