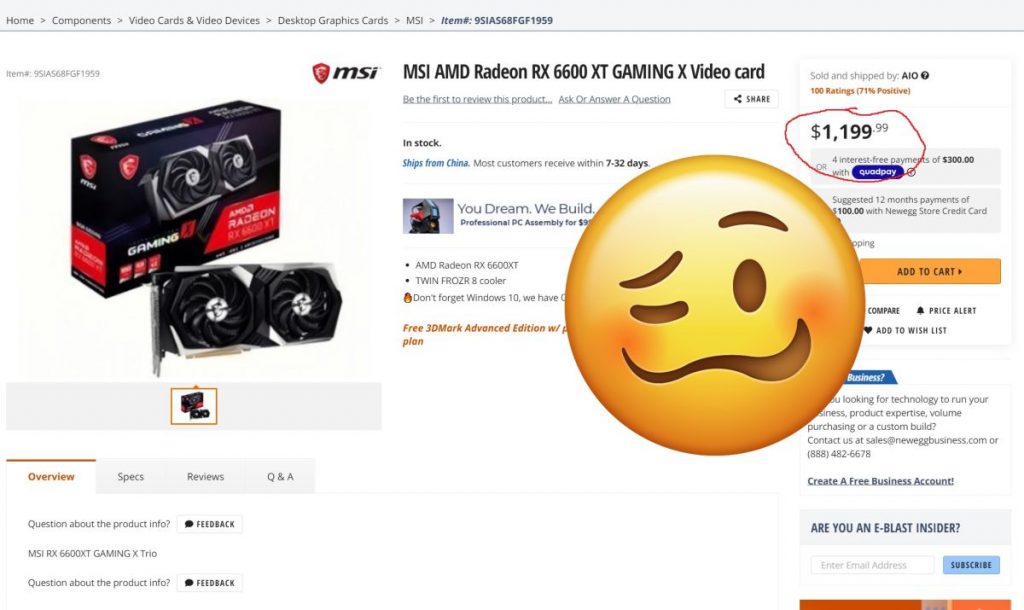 Though the official release for AMD’s RX 6600 XT hasn’t happened yet, this hasn’t stopped third-party retailer AIO from listing an MSI AMD Radeon RX 6600 XT Gaming X GPU (now down) for a whopping $1,199 on Newegg over the weekend and most of Monday before the page was killed off.

So with that in mind, $1,200 seems a bit overpriced. With this being a hard time to buy a graphics card, you can imagine someone may give in to the temptation to pull the trigger and pay above the normal price. That said, by the time it ships from China, the RX 6600 XT is sure to be available worldwide so might not be even worth the trouble.

The product listing increased $100 after a tipster first spotted it over the weekend at $1,100 at Videocardz. It does also beg the question of how a third-party seller can list, sell, and presumably ship a product that hasn’t been officially launched yet.

We will keep an eye out to see if the listing resurfaces hopefully at a more realistic price.