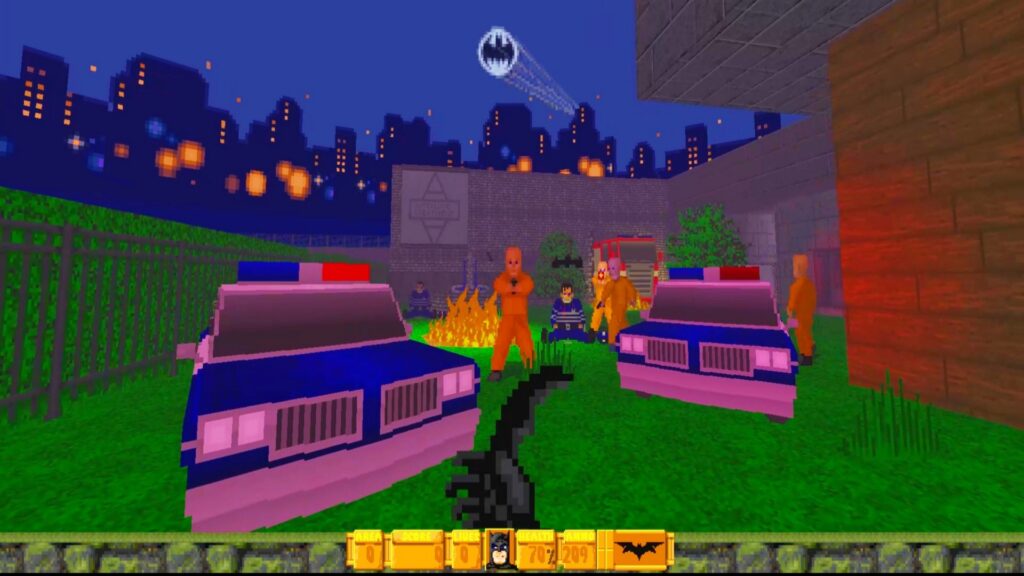 Doom and Batman are at last thrown together as The Dark Knight and Gotham City enter the realm of id Software’s defining FPS game, in a huge total conversion Doom mod that lets you battle the Joker as Bruce Wayne retro shooter style.

Featuring new levels, new enemies, new weapons, and basically new everything, Batman: Rogue City takes its inspirations from all over the Caped Crusader canon, with villains like Mr Freeze, Harley Quinn, and Joker, bright-coloured levels that look like the 60s show and the animated series, and a Danny Elfman-inspired MIDI-based theme tune.

Throw punches, toss Batarangs, and zap goons with an electric stun gun as you explore Gotham as lovingly rendered in the Doom engine. Featuring classic Gotham locations, as well as stylised lairs for all the major villains, Rogue City will even include vehicles, or at least what looks to be a version of the Batmobile. It goes fast and there’s guns on the front. That’s all we need to know.

There are some fantastic enemy designs, from hooded thugs to make-up wearing Joker goons, and a grapple gun so you can swing and fly around levels to get the drop on your prey. Fast-paced and seemingly full of easter eggs (see if you can spot the ‘Cobblepot for Mayor’ poster in the trailer) Rogue City is looking like a must-have Doom mod. No release date has been given yet, but a public beta is reportedly on the way “soon”, so keep your eyes on Mod DB.

Doom always gets us nostalgic, so check out some of the other best old games right now on PC. There’s also our guide to the greatest Batman games (can you guess what’s a number one?) and the best Gotham Knights mods, if you’re still having fun with the latest outing from Robin and co.