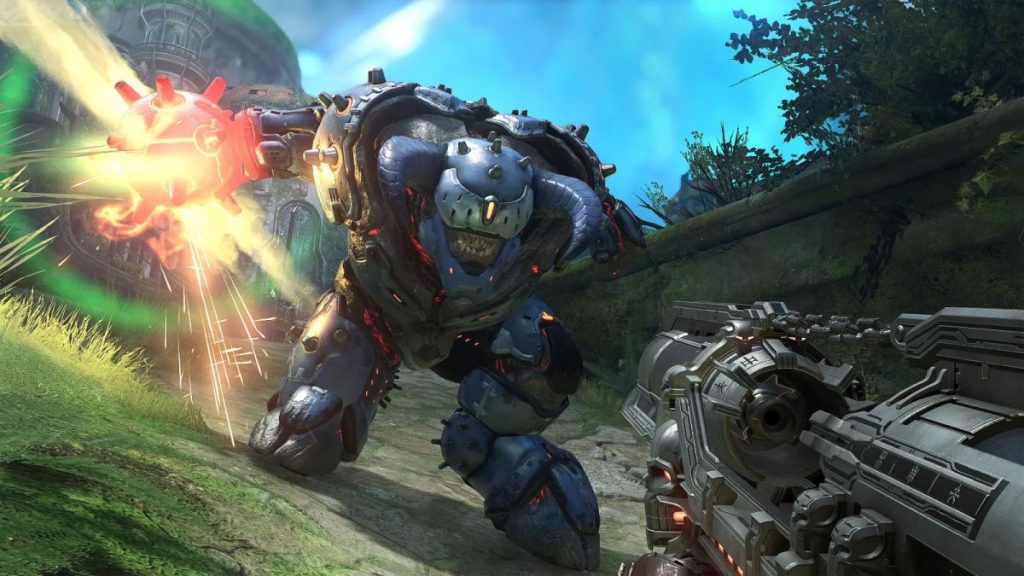 A small Doom Eternal update rolled out earlier this week revealing a new Halloween-themed Mancubus coming to the game as part of the Ghouls, Gourds, and Galleons event, and fixing precisely one bug. But it also made a change that I thought was far more interesting than any of that: It reset the main menu music back to “the same as it was when Doom Eternal launched in March 2020.”

It’s a weird one, right? It turns out that when The Ancient Gods Part Two showed up in March, it brought with it new music for the main menu. And fans noticed: Users across multiple threads on Reddit and Steam ask what happened to the original music, and how they can get it back. Mod makers eventually took the matter into their own hands, with creations like “Old Main Menu Music” (now set to hidden, with a warning that “if ever the main menu music is changed again, you can count on me to make a new version of this mod”) and “Mick Gordon Main Menu Theme.”

There’s no mention of the change in the DLC release notes, and as far as I know Bethesda never explained why the theme was swapped, or even acknowledged that it happened. There is speculation, however, that Bethesda’s “complicated” relationship with composer Mick Gordon is at the root of it. That first came to light in April, about a month after the release of The Ancient Gods Part 2, when Gordon said on social media that he hadn’t mixed most of the official Doom Eternal soundtrack and expressed doubt that he’d work with Bethesda again in the future.

Shortly after that, however, Doom Eternal executive producer Marty Stratton explained Bethesda’s position, praising Gordon as a talented composer but adding that he was difficult to work with, “creating an unsustainable pattern of project uncertainty and risk” for the studio. Production issues forced the delay of the Doom Eternal soundtrack and eventually prompted Bethesda to have lead audio designer Chad Mossholder stitch together tracks from the game into “a comprehensive OST,” which is why it was so compressed.

Tensions apparently increased after the soundtrack was released: Gordon wasn’t happy with some of the content and edits, and also that Mossholder was credited as a co-composer, Stratton said, although he noted that Mossholder is actually listed as a “contributing artist.” Even so, Stratton said at the time that he was surprised to hear Gordon express doubt about working with Bethesda again, but added that “for the immediate future, we are at the point of moving on and won’t be working with Mick on the DLC we currently have in production.” It’s not too much of a stretch to guess that swapping out some of Gordon’s non-gameplay music might have been part of that “moving on” process.

And this is the Doom Eternal: The Ancient Gods Part Two menu tune, composed—along with the rest of the Ancient Gods soundtrack—by Andrew Hulshult and David Levy. It’s a similar vibe, but very different:

The bulk of the reactions to the switch seem pleased that Gordon’s music has been returned, although there’s definitely appreciation for the Hulshult/Levy take too. Quite a few fans want Bethesda to add a menu option enabling players to switch the menu music at will: “Real nice that the Mick Gordon menu music is back, kinda missed it,” YaBoyTony wrote, capturing the mood of the moment. “Although I think I might start missing the David Levy menu theme now, thought it slapped pretty hard.”

What isn’t clear is why the main menu music was changed in the first place, or why Bethesda elected to change it back six months later. I reached out to all involved earlier this week—Bethesda, Gordon, Hulshult, and Levy—to see if anyone is willing to clue me in, and I’ll update if they do.