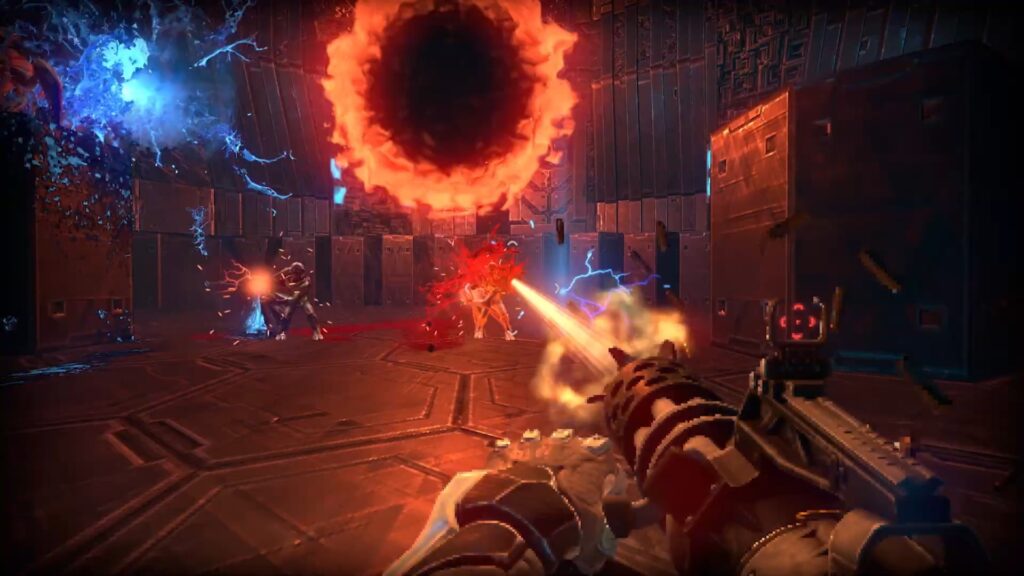 The Prodeus release date has been revealed at the Realms Deep showcase. The deliciously gory retro FPS game will leave Early Access and officially launch September 23, and it’ll be available on pretty much any platform you can think of on day one, including Steam, Nintendo Switch, Xbox One and Series X|S, and PlayStation 4 and 5. It’ll also be available on Xbox Game Pass.

If you missed Prodeus back when it first emerged from its gore-covered vent, have a look at this new launch trailer, which does a very good job of setting the tone:

Bounding Box Software and Humble Games say that you can expect a full “hand-crafted campaign from industry FPS veterans”, plus co-op and competitive multiplayer modes. There’s also an integrated level editor, and a map browser that allows you search community creations.

The soundtrack is composed by Andrew Hulshult, who created music for Doom Eternal’s The Ancient Gods DLC, Dusk, and Amid Evil.

Of course, you can also look forward to an arsenal of enemy-pulping, over-the-top space-age weaponry that’ll, uh, alter the decor of the space station considerably. Like they say in The Irishman, “I heard you paint houses.” It’s that kind of deal.