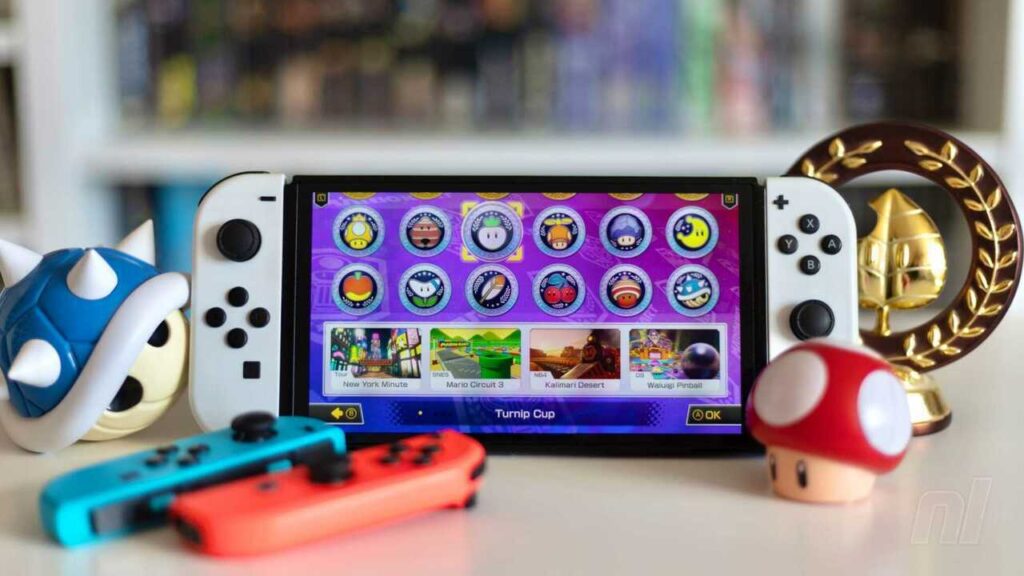 At last, Nintendo has finally released Wave 2 of Mario Kart 8 Deluxe’s Booster Course Pass. This Wave adds eight new courses to the best-selling Switch game, including seven retro and one brand new course entirely. But that’s not all Nintendo has done.

We’ve already covered the big change that Nintendo has made to the fan-favourite course Coconut Mall, but besides that, there are a handful of other fixes alongside some of the more obvious ones in version 2.1.0 (thanks, Nintendo Everything!).

One update that had us giggling is “you can download more ghosts”, because the idea of having more Boos in our lives is pretty adorable. But alas, that’s not what it means. Smart Steering, item box regeneration, and an issue with coins are among the small things that have been updated.

Here’s everything included with today’s update:

General
– Increased the number of ghosts you can download from 16 to 32.
– Adjusted the extent to which a vehicle is thrown, depending on its weight.
– Further shortened the time it takes for item boxes to regenerate after another player takes them.
– Shortened the time it takes for one player to be able to pick up a coin that another player has dropped.
– Made it so that it is easier to face the way forward in mid-air when using Smart Steering.
– The cars that the Shy Guys are riding in in Wii Coconut Mall now move from time to time in all modes other than the Time Trial mode.

You can find out for yourself now what Wave 2 is like, alongside all of these changes, as the update went live earlier today. We’d still like more Boos in our lives though, Nintendo.

Please note that some external links on this page are affiliate links, which means if you click them and make a purchase we may receive a small percentage of the sale. Please read our FTC Disclosure for more information.

Let us know if you’re playing the new courses in the comments!