Dragon Ball Z’s Most-Powerful Farmer Will Be Playable In Dragon Ball: The Breakers 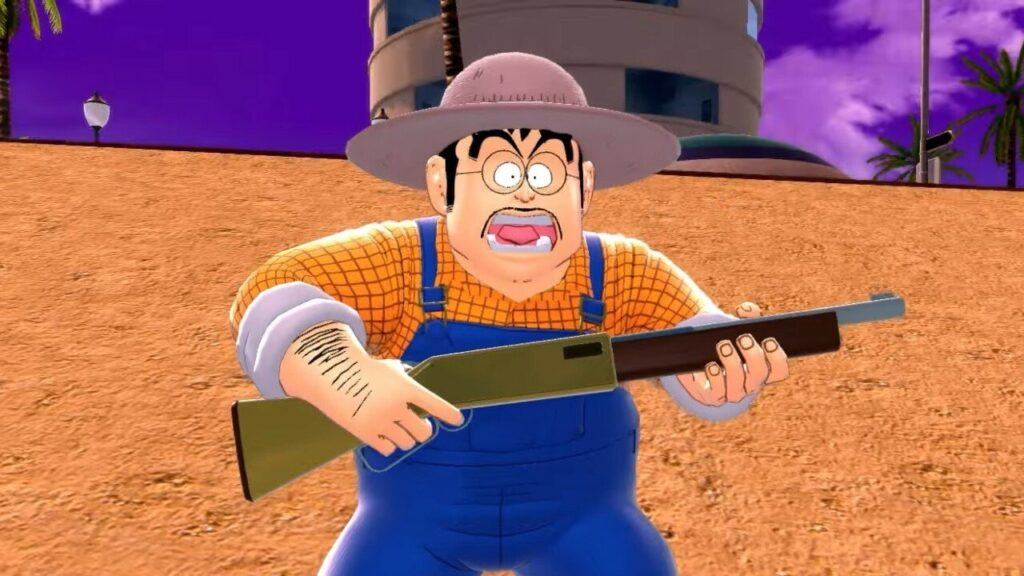 As we approach the release date of Dragon Ball: The Breakers, the online action game where you can play as multiple Dragon Ball characters from different arcs, Bandai Namco has shared a brand new trailer for the game, showcasing a few more new characters. And it looks like Bamco is embracing the weird and wonderful world of the manga and anime.

Even if you’re not that familiar with the Dragon Ball Z anime, in particular, you’ve probably seen screenshots of a farmer with a shotgun. What if we told you he will also be playable in The Breakers? Madness? Nope! You’ll be able to play as the man who met Raditz in the Raditz Saga’s opening episode. With a power level of 5 — which surely makes him the most powerful farmer? — he’s appeared in numerous cameos throughout the multimedia franchise, including an appearance in Dragon Ball Z: Kakarot. The Farmer will be a Survivor character in the upcoming game.

We’ve focused on our favourite farmer a lot, and he’s not the only new addition. Also coming to the game is Majin Buu, one of the series’ classic villains. This big pink alien will be a Raider who can turn survivors into candy, so our farmer better be careful!

Before the game launches on Switch on 14th October, you can register for the upcoming Open Beta Test, which takes place between 22nd and 25th September. And if you take part and you pick up the game (on the same platform you joined the beta test), you’ll get an Oolong keychain!

Register your interest in the open beta on the official website, and let us know if you’ll be digging with The Farmer in Dragon Ball: The Breakers in the comments!