Home » During development, the cart in Skyrim’s intro was defeated by a single bee

During development, the cart in Skyrim’s intro was defeated by a single bee 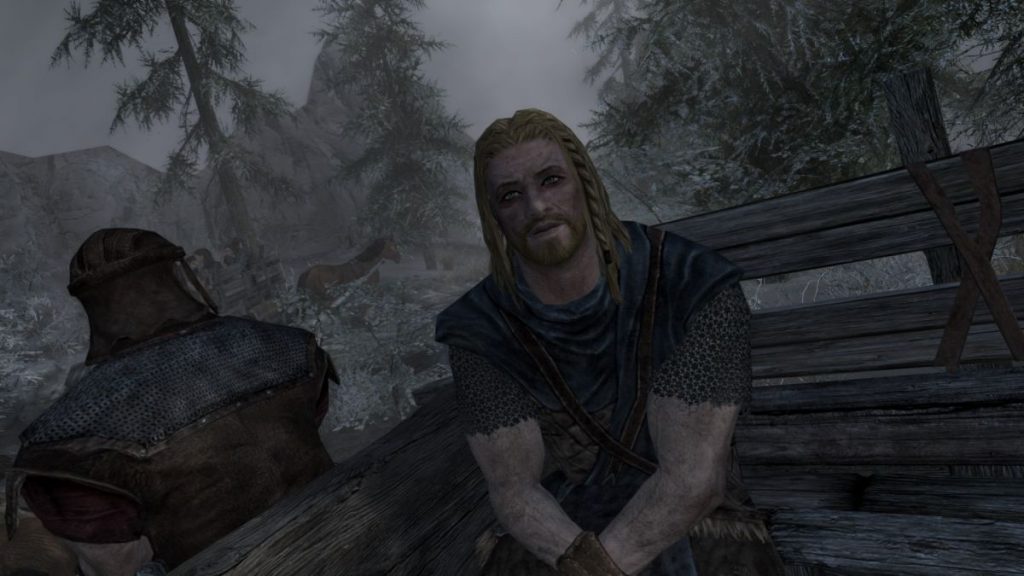 “Hey, you. You’re finally awake.” If you play Skyrim—and you don’t use mods like Alternate Start or Skyrim Unbound to skip the intro—you’re probably familiar with these words. You can even get them printed on a pillow. They’re the first thing you hear as you come to, bound and imprisoned, stuck on the back of a cart taking you and your fellow prisoners to your execution.

That scene, with rebels explaining that you’ve been mistaken for one of them as you cross the border and are about to have your head chopped off by the Imperials, was harder to create than you might think. Nate Purkeypile, an artist who worked on Skyrim as well as Fallout 3 and Fallout 4 during his time at Bethesda, explained some of the difficulties the team encountered on Twitter.

Since the entire scene is physically simulated, any change in the environment would affect the cart. Even small ones. “Maybe the road was too bumpy”, Purkeypile said. “Maybe there was just a physics bug. Maybe somebody accidentally put a rock too close to the road.”

At one point, the cart wasn’t just deviating from its course, but shaking violently and flying into the sky like it had been yeeted by a giant. “Something was telling that cart to just fuck right off and to get off that road”, Purkeypile wrote. “The thing is, it wasn’t happening every time. Nobody knew what was going on at first.”

Eventually, they figured out a fix for a different bug was responsible for sending the cart airborne. When it had been discovered that bees couldn’t be picked up—bees being a potion ingredient in Skyrim—that was remedied by altering the collision type assigned to them. “Only the type of collision put on the bee didn’t just let it get picked up. It also made it collide into things. Meaning, that bee was an immovable force of nature if it ever happened to cross the path of the cart. The cart wanted to move down the road. The bee did not want to move. So up the cart goes!”

It had other ramifications too, as Skyrim level designer Joel Burgess added. At one point, bees were programmed to follow anyone with honey in their inventory. With bee collision turned on, that meant a player could be surrounded and trapped by them. “Got honey?” Burgess wrote. “Pull over, you’re in bee jail”.

Purkeypile uses the bee saga as an example of why open world games are so tricky to create. “Every time you fix one thing,” he said, “you might be breaking another. This is especially true about open world games. Yet, that interplay of all the systems is what ends up making them all super interesting.”