Home » Dying Light 2’s parkour, combat, and factions to be detailed at Gamescom

Dying Light 2’s parkour, combat, and factions to be detailed at Gamescom 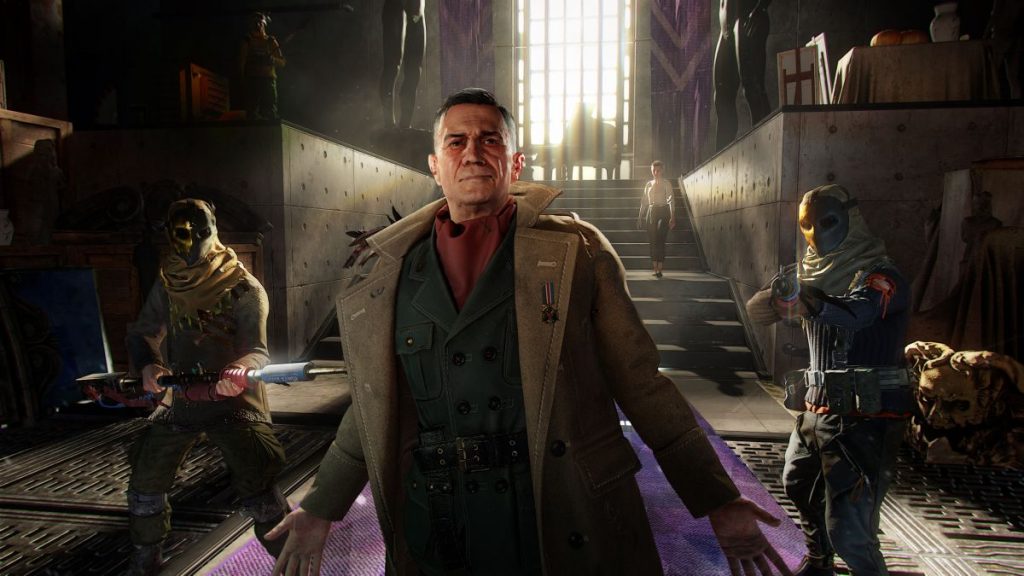 This year’s Gamescom festival will be fully digital, streamed online at gamescom.global, and one of the games being showcased is Dying Light 2 Stay Human. Various details about Techland’s next zombie-filled open world have previously been revealed by the video series Dying 2 Know, the third episode of which will debut on-stream at Gamescom.

Lead game designer Tymon Smektała will host the episode, which will include a new gameplay trailer and tell us more about Dying Light 2’s parkour, combat, and factions. Apparently “players will find out how powerful Aiden’s hands and legs can be as weapons, but they will also discover an impressive arsenal of deadly tools”. In the footage we’ve seen there’s been a lot of improvised armaments like street signs and buckets, as well as modified ones like a tomahawk axe electrified by the addition of a power cord, so expect a homebrew aesthetic to the zombie-slaying tools on display.

It won’t all be about killing the dead, however. Techland is also using the Gamescom showcase to “bring you closer to the differences between combat versus infected and humans”. We’ve previously seen that Dying Light 2 will feature factions called survivors, peacekeepers, and renegades, and we’ll be forced to choose sides during the story, coming into conflict with other humans trying to rebuild society in different ways. Expect more info on the faction system behind that as well.

Finally, the studio plans to detail what it calls “Techland GG”, short for “Gamers and Goodies”, a community hub that will connect players of all its games beginning with Dying Light and Dying Light 2, and also run competitions, with a cosplay contest coming up.

Dying Light 2’s showcase will be streamed during Gamescom on August 26 at 11am PT / 8pm CEST (which is August 27 at 4am AEST). The game’s expected to release on December 7. Here’s everything we know about Dying Light 2.