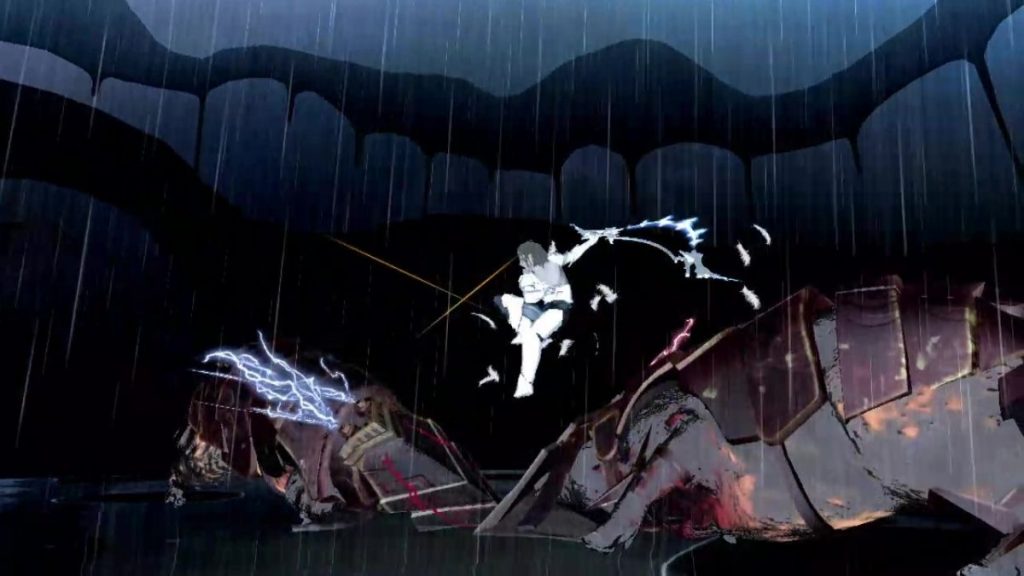 El Shaddai received mixed reviews at launch, mostly because it’s quite weird and some people can’t cope with that. The action game flits between third-person combat and 2D navigation, but it’s the art style that’s arguably the most appealing part of El Shaddai. Yes, it’s undeniably anime-influenced, but it takes an unusually psychedelic approach.

The Steam page confirms that you’ll need a controller to play the console-centric game, which was released for PS3 and Xbox 360 in 2011. The $40 game will be available for $32.39 for two weeks from launch, but if you’re after the deluxe pack that includes an art book and soundtrack you’ll probably want to get that immediately: for two weeks it’s discounted from $78.97 to $39.25.

Back when El Shaddai released in 2011 there was basically zero hope the game would ever come to PC. But since then, our platform has seen a huge influx of ports, which is brilliant news indeed.