Home » Elon Musk’s building Tesla Bots now, but don’t panic: he says you can run away from them

Elon Musk’s building Tesla Bots now, but don’t panic: he says you can run away from them 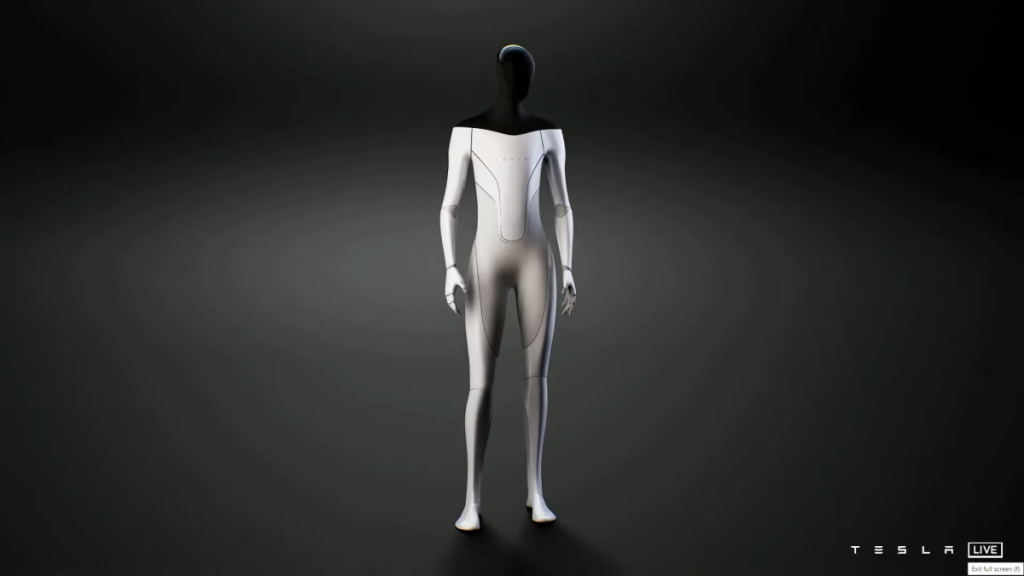 Tesla just hosted an event called AI Day, during which chief executive and space-fancier Elon Musk announced that the company is aiming to launch a humanoid robot prototype, called the Tesla Bot, in 2022.

Musk said the robot is designed to do “boring, repetitive and dangerous” work, giving examples such as attaching bolts with a spanner or picking up your shopping, and said it will have “profound implications for the economy.”

“Essentially, in the future, physical work will be a choice,” Musk said. “Tesla is arguably the world’s biggest robotics company. Our cars are basically semi-sentient robots on wheels.” Musk when on to outline some of the company’s AI advances before saying “it kind of makes sense to put that [technology] on a humanoid form.”

“We think we’ll probably have a prototype sometime early next year that basically looks like this,” Musk said, gesturing at the Tesla Bot concept. “It’s intended to be friendly, of course, navigate through a world built for humans, and eliminate boring, repetitive, dangerous tasks.”

The below video starts when Musk reveals the project for the first time.

“We’re doing it so at a mechanical level, at a physical level, you can run away from it, and most likely overpower it,” Musk said, and even he couldn’t avoid laughing. “So hopefully that doesn’t ever happen but you never know.”

The robots will be 1.7m tall and weigh 125lb, with the ability to carry 45lbs, deadlift 150lbs, and arm extend lift 10lbs. You’ll be able to run away from it, if you’re in decent nick yourself, because it will move at a top speed of 5mph.

The most freaky element, though this wasn’t demonstrated, is that it has a face screen where a humanoid face will appear to impart “useful information.” Apparently a key aim is that it’s not “super expensive.” We’ll have to wait and see on that one.

At the same time as the announcement, job listings appeared on the Tesla AI site, with this description: “Develop the next generation of automation, including a general purpose, bi-pedal, humanoid robot capable of performing tasks that are unsafe, repetitive or boring. We’re seeking mechanical, electrical, controls and software engineers to help us leverage our AI expertise beyond our vehicle fleet.”

Musk has a history of unveiling prototypes that take a bit longer to appear than promised: you may remember the Tesla Semi truck announced in November 2017, which is yet to be seen and now expected in 2022 alongside the Bot.

Needless to say, not everyone’s on board with Elon’s bot army.

“Is the ‘Tesla Bot’ the next dream shot to pump up the hype machine?,” Raj Rajkumar, professor of electrical and computer engineering at Carnegie Mellon University, told the Reuters New Agency. “I can safely say that it will be much longer than 10 years before a humanoid bot from any company on the planet can go to the store and get groceries for you.”