Evil Dead: The Game gets a groovy fps boost via Nvidia DLSS 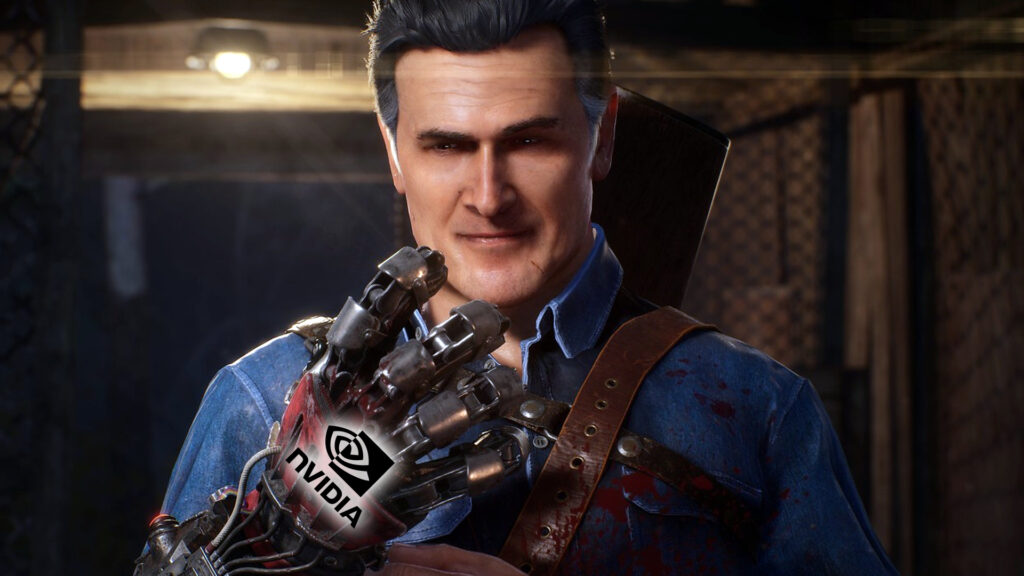 Evil Dead: The Game creeps its way onto the Epic Game Store today, and it comes armed with Nvidia DLSS. While the game shouldn’t give your gaming PC too much of a frame rate fright, the green team says its AI upscaler can boost fps by up to 85%, meaning you’re less likely to be dead by dawn.

According to an Nvidia DLSS press release, Evil Dead: The Game gets a groovy performance boost on the company’s best graphics cards. Internal benchmarks indicate that the upscaling tool increases frame rates beyond 60fps on the RTX 3060, RTX 3070, and RTX 3080, while the RTX 3080 Ti’s frames skyrocket to an average of 122fps. In other words, if you’re using an RTX GPU, you’ll be able to strike a balance between performance and visuals while playing at higher resolutions.

If you’re planning to play Evil Dead: The Game on a gaming laptop, then DLSS might also come in handy. Mobile RTX 3000 series cards also get a 60fps boost using the tech, meaning you’ll be able to live out your Bruce Campbell boomstick fantasies at 1440p with ‘Epic’ settings enabled.

Naturally, independent benchmarks for Evil Dead: The Game will paint an unbiased performance picture when it comes to Nvidia DLSS. That said, the company’s own tests yield promising results, and the tool should help more fans jump into Saber Interactive’s multiplayer nightmare.

If your rig is still rocking a GTX graphics card, then you might be in luck. AMD and Nvidia GPU prices edge ever closer to MSRP, and the potential arrival of RTX 4000 this year could open the door to gaming PC upgrades.