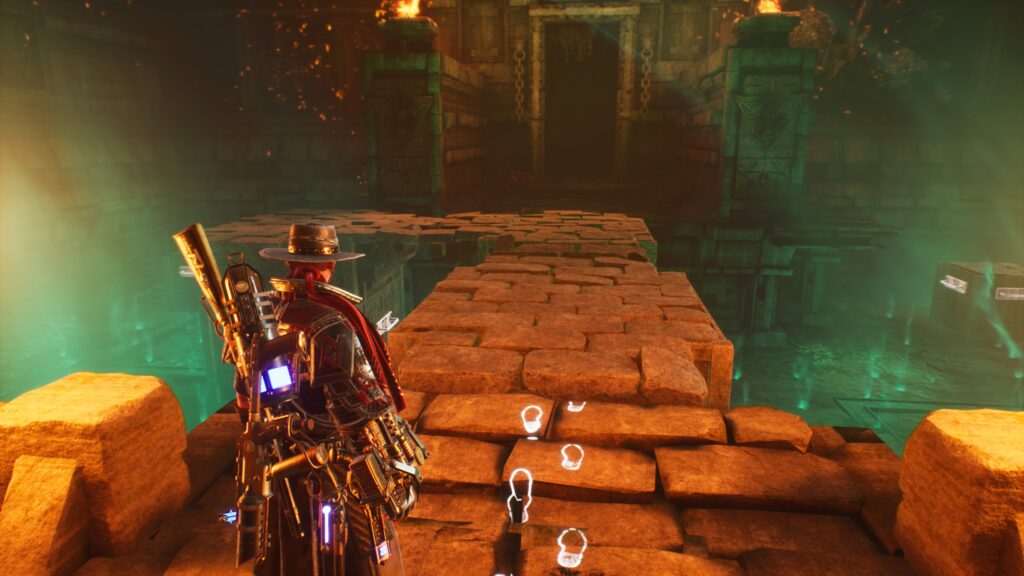 At this point in Evil West, there hasn’t been anything like a puzzle. But chapter 8 of Evil West has a block puzzle not only tied to simple progression, but to opening one of the game’s cash chests. It’s far from a complex puzzle, but in case you’re having trouble figuring it out, this guide will show you how the blocks need to be arranged in order to get the chest and move to the arena beyond. After turning the wheels to drain the water, you’ll be able to use the stairs on either side to descend to where the blocks are.

How to solve the chapter eight block puzzle in Evil West

First off, move the two smaller blocks to the upper left and upper right corners of the area to get them out of the way. They’re only here to hinder you and you don’t need them to solve the puzzle. If you look at the three large remaining blocks, you’ll see that they have pathways on them pointing to the sides. One of the blocks has pathways pointing to the front and back. This is the one you’ll want to push in place right in front of where you found Edgar’s footprints on the upper level.

Note: You can put any block anywhere as long as you put two in a row leading to the exit.

But to get the cash chest, you need to put all three blocks in specific places. There’s only one block with a pathway leading to the right, so you need to put this one directly in front of the ledge containing the chest. Finally, put the third block directly to the right of this one. The blocks should look like this from below: Now that the blocks are in place, go back to where Edgar’s footprints were found. Here’s what the blocks should look like from up here: 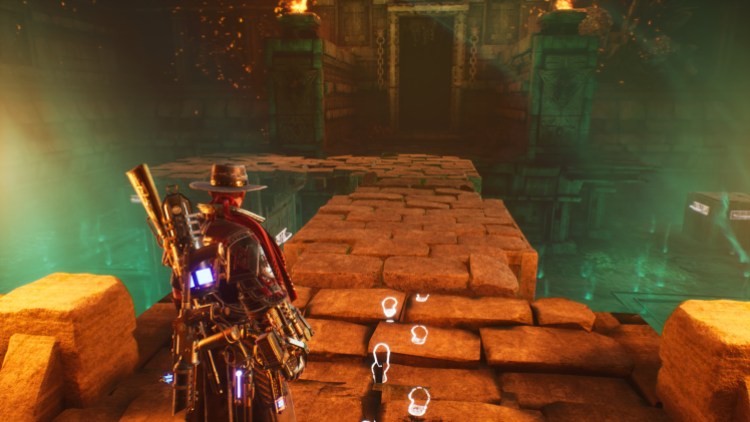 Now all you need to do is walk across, bust the chest open, and make your way to the exit. That’s all you need to do to solve the block puzzle in chapter 8 of Evil West. You may not have been expecting to push blocks in a game like this, but there you go.