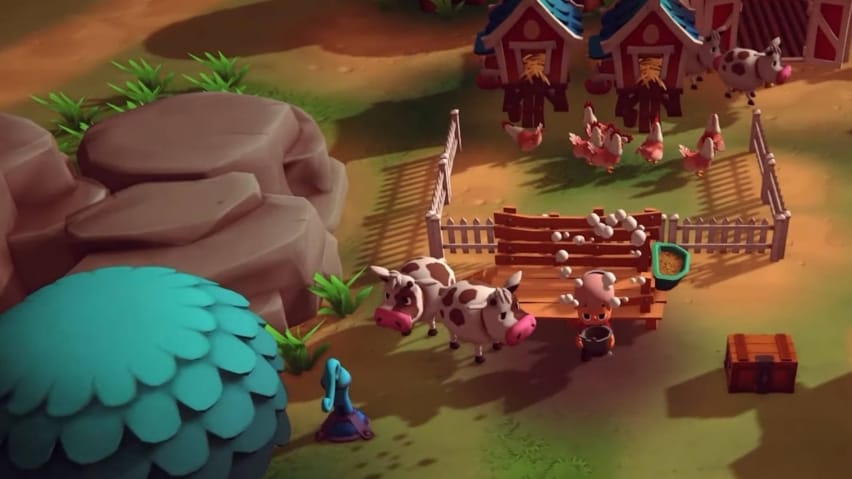 If you’re a fan of farming RPGs, you’ve got a new game to play — 1M Bits Horde and Meta Publishing have launched Spirit of the Island in Steam Early Access.

The Farming RPG genre has had steady growth over the last few years, largely due to the success of games like Stardew Valley. Aside from updates to existing games like Gleaner Heights (which is getting a pretty big expansion later this month), you’ve got new indies like Daomei Village and Kickstarter successes like Coral Island on the way.

Enter Spirit of the Island, a brand-new entry in the genre and the inaugural title from Brazilian developer 1M Bits Horde. Players travel to a distant archipelago that was one a budding tourist destination. Now, however, it’s fallen into disrepair — and it’s up to you to fix it!

Throughout the game, you’ll be able to farm crops, raise animals, cook food, explore the island, and make friends. It has many of the Farming RPG staples you’re hoping for, and now it’s finally available on Steam Early Access. That’s not all, though — the developers have also revealed the game’s roadmap earlier this month.

Aside from today’s launch of the game, 1M Bits Horde has highlighted the Spirit of the Island Roadmap. A fair amount of content is expected to arrive over the next several months — check it out:

Sadly, the Spirit of the Island Roadmap doesn’t go into specifics for most of this new content. Still, it represents a robust schedule that promises to provide players with some new content every month.

This new game is expected to be in Early Access for around 3 months or so, so you won’t have to wait too long for it to be feature-complete, either. If this sounds like your kind of jam, you can buy Spirit of the Island for PC via Steam for $22.49 or your regional equivalent thanks to a 10% launch week discount. Make sure to check out our guides to help you get started with the game!

More Spirit of the Island Guides