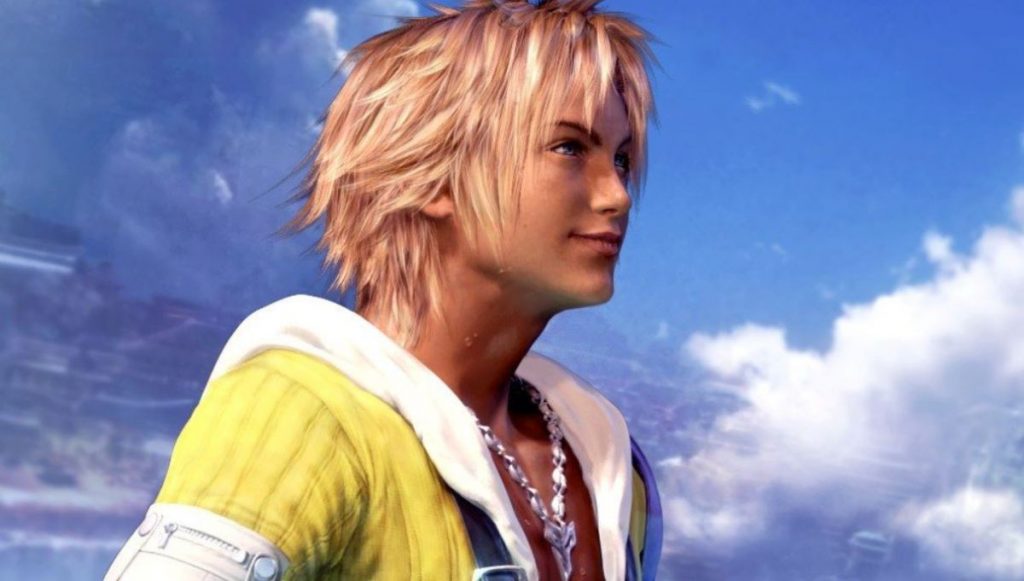 It’s a very long interview, but one of its most interesting revelations comes right at the beginning—Tidus was once designed as a plumber, with character designer Tetsuya Nomura even drawing him as one. When asked if Tidus’ design retained anything about his former career, Nomura admitted that perhaps the overalls seem reminiscent of a plumber’s outfit. No plumber needs that many belt buckles and chains, though.

Blitzball, FF10’s underwater handball almost everyone hates, was created as a job that would get protagonist Tidus in the water equally as much as a plumber. The game has plenty of underwater sequences—including the famous swim with Yuna— and so Tidus had to have a natural affinity to water. Producer Yoshinori Kitase suggested for Tidus to be an athlete, as it would make him unique among Final Fantasy characters. He had to be a swimmer of some sort, as the theme of ‘water’ was decided early on during the development of FF10’s world Spira, which was also designed as a world that would be inconvenient to travel, likely to emphasise the feeling of your group going on a difficult pilgrimage.

There are more interesting tidbits here: When compared to previous series entries such as Final Fantasy 8 and 9, FF10’s world feels a lot less Western. That’s because it took inspiration from Okinawa, Japan’s fifth-largest island, known for its tropical climate. Furthermore, the team put a lot of effort into explaining the pilgrimage—because Final Fantasy X originally released at a time when you couldn’t just watch gameplay and explainer videos on YouTube, they wanted to make extra sure everyone understood the story. As an example, this is why Auron, a character who originally wasn’t supposed to speak at all, had to act as a sort of gruff advisor. Clearly, Nomura at least eventually gave up on explaining things altogether and just decided to go ham with Kingdom Hearts.

In Japan at least, Final Fantasy 10 is one of the most beloved games of the series, and while its creators would change a few things in hindsight, they’re still happy with how it came out. I am, too—Tidus is good, actually.