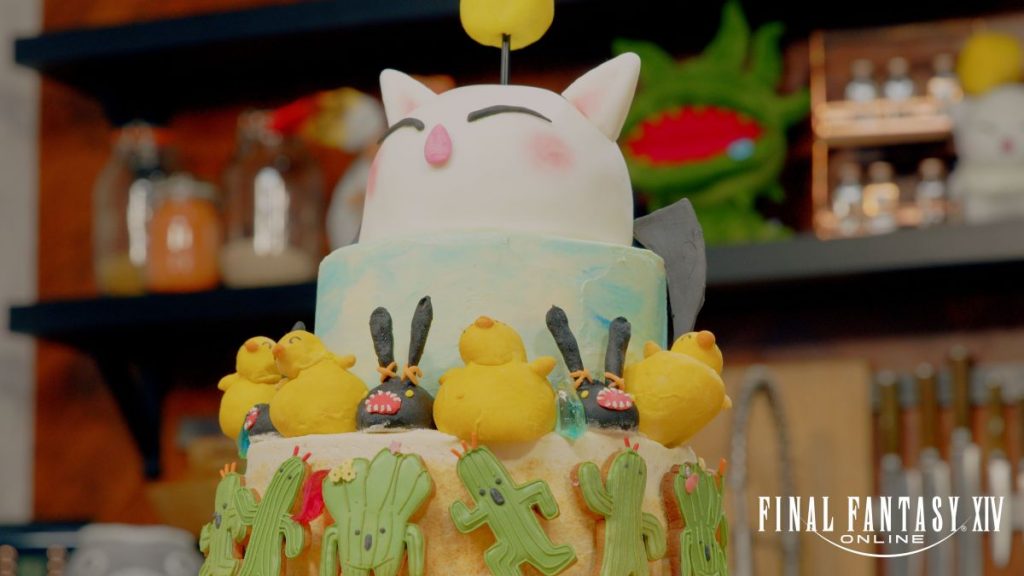 It’s been eight years since Final Fantasy 14 relaunched as Final Fantasy: A Realm Reborn. To celebrate the birthday, Square Enix commissioned a cake from celebrity baker Kim-Joy, who you may know from series nine of the Great British Bake-Off or her various cookbooks. And that’s why PC Gamer is now a website about baked goods. (The PC stands for Picturesque Cake.)

Kim-Joy’s Final Fantasy cake is even more adorable than the treats she decorated with cats and foxes on Bake-Off, and features various iconic Final Fantasy creatures. It’s a three-tiered lemon sponge with a crumb-coated desert level for iced biscuit cactuars, a blue-sky buttercream level with bready chocobos and custard-filled spriggans complete with jelly gems, topped by a fondant-coated moogle. This is obviously the work of a dedicated Final Fantasy aficionado, and deserves a Paul Hollywood handshake ASAP.

To bring us back to videogames for a second, Final Fantasy 14’s birthday is being celebrated in-game by the return of The Rising event until September 9. Players can “journey to the Steps of Nald in the city of Ul’dah in order to help out Kipih Jakkya” for rewards including Nymeia potpourri and a red moon parasol that will make a perfect accessory for your catboy wizard or whatever.

Anyway, back to what really matters, which is baking. You can watch Kim-Joy make the birthday cake in the video below, announcing that she’ll add “a thin layer of buttercream” before slathering it on, which is the proper way to do it.

Critically acclaimed MMORPG Final Fantasy 14 has a free trial up to level 60 and includes the award-winning Heavensward expansion.