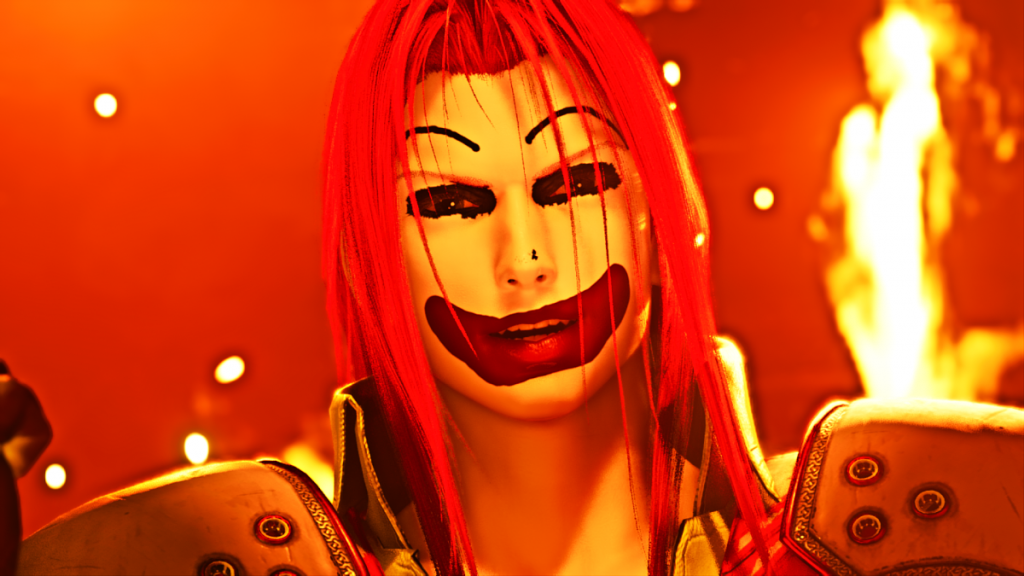 Final Fantasy 7 Remake is on PC and modders have found a way to hit the upgrade button on some of gaming’s most iconic characters. Instead of spending 35 hours with Cloud trudging around in his baggy pants and one shoulderpad, you can wrap him up in a dress and a tiara from later in the game. And if you’re feeling funny, you can put clown makeup on Sephiroth like he’s Ronald McDonald with a katana.

i should never have been allowed mods for final fantasy 7 remake pic.twitter.com/ue53cK7dONJanuary 3, 2022

Nexus Mods, the home for the most useful and disturbing additions to games, has a bevy of entries that swap out character models and colors. You can put a variety of dresses that were already found in the game on Tifa and Aerith earlier in the story and use them in combat too.

One mod even lets you swap the hair color of the main trio of characters. The option to give Cloud black hair makes him look like he stepped into the wrong Final Fantasy game and would better fit alongside the boys in Final Fantasy 15.

Like the PC ports of the Kingdom Hearts games, Square Enix’s engine doesn’t seem to be particularly susceptible to mods, so the choices are limited. Most of the mods are cosmetic, but a few offer balance changes to equipment and tweak PC performance settings to help with the game’s frequent stuttering and framerate problems. The most popular mod gets rid of the game’s dynamic resolution feature, which attempts to maintain framerate by making the game look worse during busy scenes. It’s a nice feature from the console version of the game for modest PC owners, but it should be an option for everyone else.

All of these mods don’t make the Final Fantasy 7 Remake PC port substantially better, especially given the $70 price tag. There’s only so much you can change about its lackluster graphics settings, but it does give you some fun ways to experience the remake.

Maybe with time people will find a way to break Final Fantasy 7 Remake open even further and add more substantial custom content. Square Enix isn’t going to do it. Otherwise, clown Sephiroth might be the most creative mods will get.