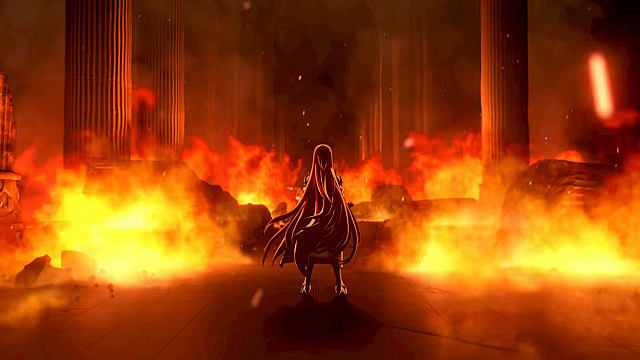 If 2019’s Fire Emblem: Three Houses was your introduction to the series, then the return of an old franchise mechanic in Fire Emblem Engage might catch you off-guard.

Engage marks the return of the weapon triangle, a mechanic that’s been a hallmark of the Fire Emblem series since 1996’s Geneology of the Holy War, although it inexplicably sat Three Houses out. Now that it’s back, here’s how to use it to your advantage in Engage.

The three most common melee weapons in Fire Emblem Engage are swords, axes, and lances, which make up the basic elements of the weapons triangle.

This is mechanically represented by a significant boost or penalty to a character’s accuracy and damage. If a character with a sword goes after an enemy wielding an axe, the sword user is more likely to hit, will hit harder, and won’t take as much damage if they incur a counterattack.

It can be a little difficult to see, especially if you’re playing your Switch in undocked mode, but attacks that involve the weapon triangle in some way will be marked with arrows on the weapons’ icons (seen above).

In past Fire Emblem games, there used to be specialized weapons you could find that reversed the triangle order, like Lancereaver swords. None of those appear to exist in Engage.

What Does It Mean to Break in Fire Emblem Engage?

Engage further ups the ante here with a new mechanic called Break. A character who eats a hit from a weapon they’re vulnerable to and survives will end up disarmed, which removes their ability to counterattack for the rest of the current turn.

Break applies equally to both enemy units and your own characters, even those who might be under the Engage effect at the time. Armored enemies appear to be immune to Break.

It’s useful to note that throwing weapons are still on the weapon triangle. Javelins and hand axes don’t generally do as much damage as melee weapons, but will still inflict Break on a successful hit.

Generally speaking, bows, magic books (a.k.a. Tomes), and knives are not subject to the weapons triangle, and usually attack at their basic stat values.

The exception is against any unit, such as Framme, who’s equipped with Body Arts/Gauntlets. Bows, books, and knives are all vulnerable to Body Arts and suffer from Break status if they take a hit. Early on, this isn’t much use since Framme has no real business getting into melee, but if you promote her to a Martial Master, she can start punching out archers with the best of them.

It’s also worth noting that, as per long-established Fire Emblem tradition, any archer in the game is essentially an anti-aircraft weapon. Bows deal significant bonus damage to flying units, such as pegasus riders, to the point where they’re often a one-hit kill. Engage is not at all shy about telling you this in the first few chapters, and if it doesn’t sink in by then, it will the first time you get Chloe killed by a stray enemy archer.

Finally, there’s a new category of weapons, Smash, that get introduced relatively late in the game. A Smash weapon is heavy, so a character using one automatically goes second in any exchange of attacks. If they survive and land a hit, however, it inflicts Smash status on an enemy and pushes them back a step. Smash and Break can be inflicted simultaneously.

That’s all you need to know about the weapon triangle in Fire Emblem Engage. It’s not too far off from the classic dynamic found in the series before Three Houses, and it’s easy enough to grasp for a newer player as well. If you found this guide helpful, take a look at some of our other Fire Emblem Engage guides.