Flintlock: The Siege Of Dawn developers show more of their black powder fantasy 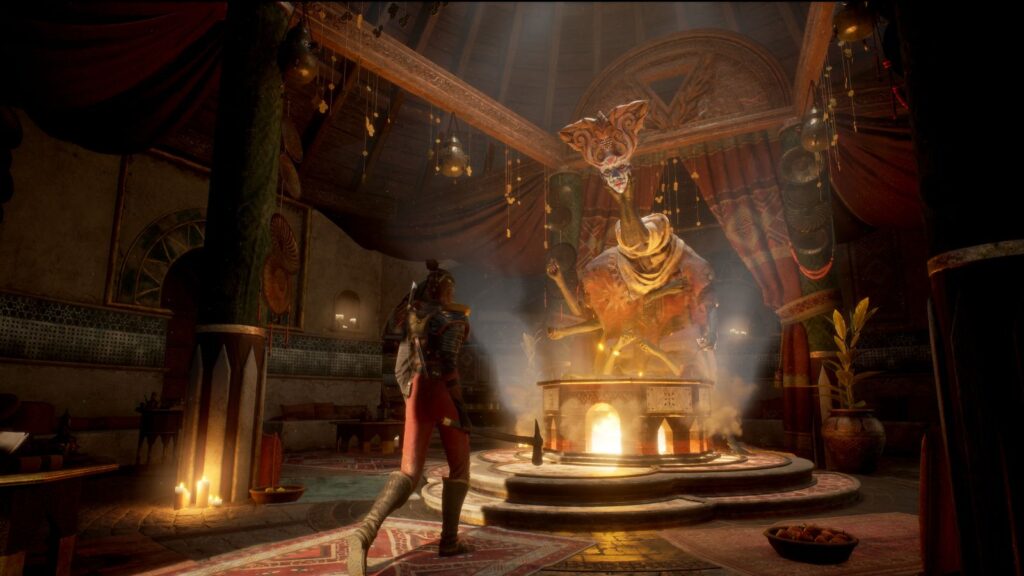 I wasn’t impressed by Flintlock’s announcement trailer last week, but I’m still interested in it because it’s from the developers of the beautiful and ambitious Ashen. Those developers released a behind-the-scenes video of Flintlock during tonight’s Future Game Show, offering more detail on their new action RPG.

It’s still light on actual detail or in-game footage, but it talks about the world that was shown in the announcement trailer. Flintlock is set in a fantasy world where gunpowder has just been invented, giving people their first opportunity to defeat the old gods who have been mucking the place up with the undead. You’ll play as Nor Vanek, who is partnered with “mysterious companion Enki”, who is some sort of magical, mythical beast.

While I’m tired of fighting the undead in games, and of grimy worlds, I do like the idea that it’s gunpowder that turns the tide in a world of old gods and black magic. I was not previously familiar with the genre of “black powder fantasy”. There are hints of a unique flavour here, then, in Flintlock’s protagonist and references to trench warfare.

Flintlock: The Siege Of Dawn is due to launch later this year on Steam and Epic’s game store, the Epic Game Store. It’ll also be available on Xbox Game Pass on day one.