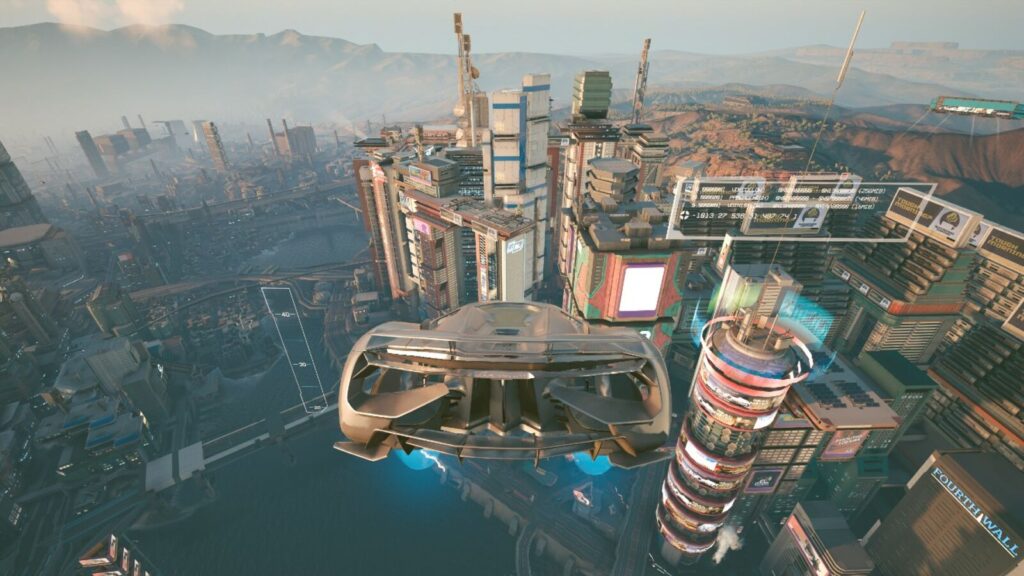 A mod for Cyberpunk 2077 enables Night City’s vehicles to take to the skies.


The mod in question comes from Jack Humbert on Nexus Mods (via PC Gamer). Named ‘Let there be flight’, this mod “enables a configurable flight system for all vehicles with custom thruster models, visual & sound effects, and animations.”


This adds something to Cyberpunk 2077 that many had hoped would have been included on the game’s initial release almost two years ago.


Humbert shared a video of their Let there be flight mod in action to YouTube, and not only does it look incredibly slick, it just sounds oh so good.


The way the engine purrs as the modded vehicle loops above the bustle of Night City offers some incredibly satisfying ASMR. There is some real Blade Runner energy to it all. You can have a look (and listen) for yourself below.


There will without doubt be a glut of mods out there, and yet more to come, for Cyberpunk 2077. After all, developer CD Projekt introduced a new free modding tool for the game which will make adding mods easier earlier this month.


This new tool is “a free DLC for Cyberpunk 2077 which adds integrated support for installing and loading mods into the game and provides an official modding tool that will help you use, modify and create your own experiences in the world of Cyberpunk 2077, including custom sounds, animations, scripts, and more. It will be continuously updated alongside game patches to ensure compatibility,” Projekt Red explained on its release.


Meanwhile, Cyberpunk 2077 has seen a huge jump in popularity on Steam recently. New figures yesterday showed the number of concurrent players in Cyberpunk 2077 on Steam peaked at 37,000, beating out Elden Ring on 31,000.