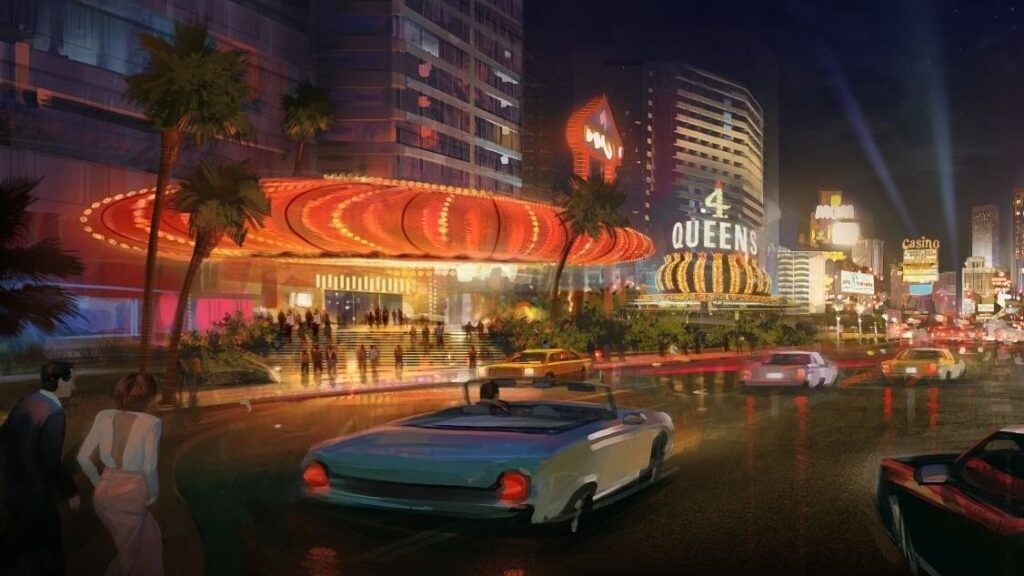 Last month a Youtube channel dedicated to mafia-based videogames scored quite the scoop, and showcased a bunch of screenshots and concept art of a cancelled sequel to Scarface: The World is Yours (opens in new tab). The 2006 original, developed by Radical Entertainment, was enough of a commercial success for the sequel to be greenlit by publisher Vivendi, before being cancelled in 2009.

Clearly the release of this material caught someone’s eye, because now Mafia Game Videos has got its hand on a couple minutes’ worth of in-game footage from the title, which was called Scarface: Empire.  I’ve timestamped the video so it goes straight to the footage.

There are a mix of in-game cutscenes, voiced encounters, a glimpse at a gang turf war, and three examples of what would have been a new revival mechanic. Among the NPCs we see cops, gangsters, members of Tony’s crew, and an Elvis Presley impersonator. I also have to say that the character model for Scarface is great.

The footage is also set to licensed tracks: First the familiar and fitting excitement of Elvis Presely’s Viva Las Vegas, before Motley Crue’s Dr. Feelgood. All credit to Mafia Game Videos for including the sound track in order to keep the footage as authentic as possible: It means that the channel won’t be able to monetise what is surely going to be one of its most-popular videos.

Other elements that can be seen are a new phone, which includes options for missions, ‘Empire’, an option to call a car, entourage or hit squad, and a messaging function. The Mafia Game Videos twitter account has also posted a bunch of random additional screens on its twitter account, which can be seen here (opens in new tab).

What might have been. Scarface 2 was always rumoured to be in development but then just kinda… disappeared. Radical Entertainment is one of those much-missed studios that made games people still talk about now, whether it’s this, The Simpsons: Hit ‘n Run or Hulk: Ultimate Destruction. From this chronological distance Scarface: The World is Yours can be seen as one of the most legit GTA-alikes there ever was, and a game that took a great license and embraced the atmosphere of the movie as much as the guns.

Sadly the original hasn’t benefited from a re-release or remaster, though the modders keep Tony Montana going with things like the Scarface Remastered project (opens in new tab).