Home » Forget the slim heatsink, Teamgroup’s making an SSD with its own AIO cooler

Forget the slim heatsink, Teamgroup’s making an SSD with its own AIO cooler 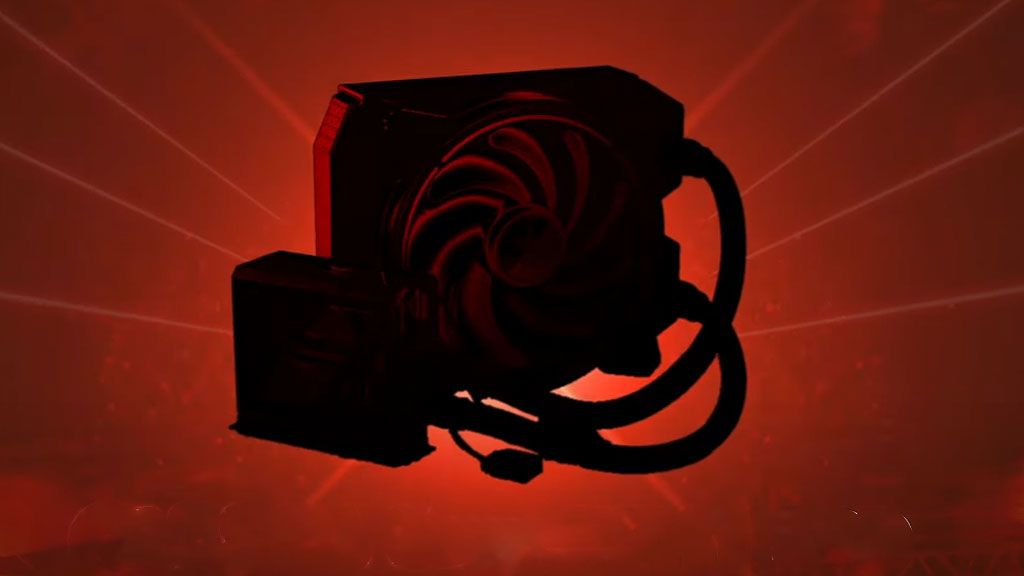 Teamgroup is getting ready to announce a handful of new products, including “overclocked” DDR5 memory modules for Intel’s next-gen Alder Lake CPUs, but the most unique among the bunch is a solid state drive with an all-in-one liquid cooler attached. If you can make room for it in your PC, it just might offer steadier performance than a typical SSD.

As with most electronics, heat is the enemy of an SSD, and primarily the controller chip, which is essentially an embedded processor. Like your main CPU, it needs to be kept cool to maintain peak performance. When it heats up, throttling occurs, resulting in slower reads and writes until things cool down.

To what extent heat buildup affects the actual NAND flash memory chips, well, that’s a rabbit hole if you care venture into it—here and here are good places to start, and at the extreme end of the spectrum, go here to read about the potential for NAND to actually heal itself when given a sweltering-hot 800C (1,472F) jolt.

As to Teamgroup’s upcoming Cardea Liquid II SSD, as it’s called, details will have to wait a few weeks. All we get for now is a glimpse of the product in shadowy form, as part of a larger teaser announcing a launch event scheduled for September 23.

We can make out a few details, though. The AIO cooler consists of a tall and narrow block and pump assembly that sits atop an M.2 form factor SSD, and no doubt one with an NVMe interface (there wouldn’t be much point in liquid cooling a SATA-based SSD).

A pair of tubes extend to a thin profile radiator with either a 120mm or 140mm fan attached (probably the former). When lighting up the image, I count nine fan blades. It also appears as though the water block could be transparent, to help monitor the cooling level and simply for visual flair.

This might end up plugging into a PCI Express slot, rather than trying to make room for this thing wherever your motherboard’s M.2 slot is located. It’s just not crystal clear from the image. There’s also what appears to be an RGB header, hopefully with longer cabling than what is visible in the outline.

Other details will have to wait. In the meantime, Teamgroup says the Cardea Liquid II will provide even better cooling than the original Cardea Liquid designed for existing liquid cooling setups.

“We released the first water-cooling SSD in the world in 2019. It was a closed-loop water cooling system. Now we are developing a new SSD which has a looped liquid cooling system with greater cooling!,” Teamgroup said on Twitter.

Teamgroup’s fastest drive to date is the Cardea A440 with a Phison E18 controller and PCI Express 4.0 support—it’s rated to hit 7,000MB/s for reads and 6,900MB/s for writes, making it one of the speediest SSD solutions available.

So those are your points of comparison. We’ll have to wait a few more weeks to find out how the Cardea Liquid II compares to both in terms of reads and writes, what capacities will be offered, and where pricing lands.