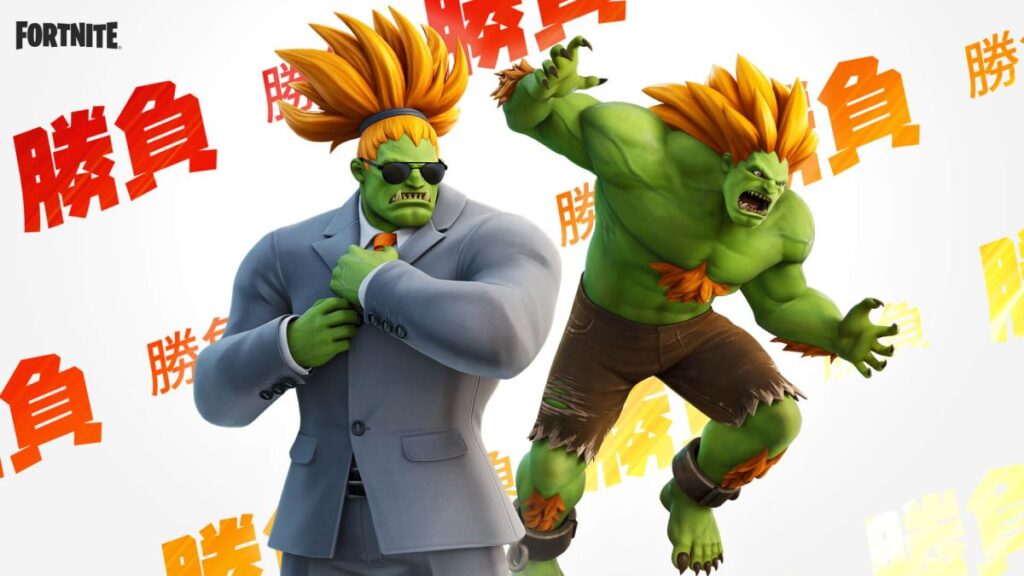 As if four Street Fighter characters in Fortnite wasn’t enough, Sakura and Blanka are now making their way over to the battle royale, complete with some surprisingly suave alternative costumes.

They’ll both be landing in the Fortnite item shop on April 28, with each bundle containing a built-in outfit emote, back bling, pickaxe and an alternative costume. Along with her default Street Fighter garb, Sakura gets kitted out with a gym look inspired by the same alternative outfit from Street Fighter 4. Blanka can either don his traditional ripped cargos or instead go full-on drip in a stylish business suit with his hair tied back. Did Fortnite actually make Blanka hot? Maybe.

Blanka gets a nice healthy fruit kebab pickaxe as his weapon, along with a cute if not slightly terrifying Blanka-chan back bling. Sakura gets some neat crane machine back bling, a stone fist Fighting Tournament pickaxe and a ceramic incense-inspired kayari buta glider.

Competitors, it’s time to FIGHT ?Taking a break from the crane game, @StreetFighter’s World Warriors Blanka and Sakura are coming to fight.Read about their two Tournaments that are happening, including a mobile-only Tournament!Details: https://t.co/uUi1f2t2HsApril 26, 2022

Along with their arrival in the item shop, there’ll be a Blanka and Sakura cup landing on the same day. It’s a duos event, and lets players dive into ten matches within their region’s respective three-hour time window. Points will be awarded based on eliminations and overall position at the end of the match, with top players netting a loading screen for their troubles. Blanka is punching the shit out of Peely’s car, for some reason. Can bananas even drive?