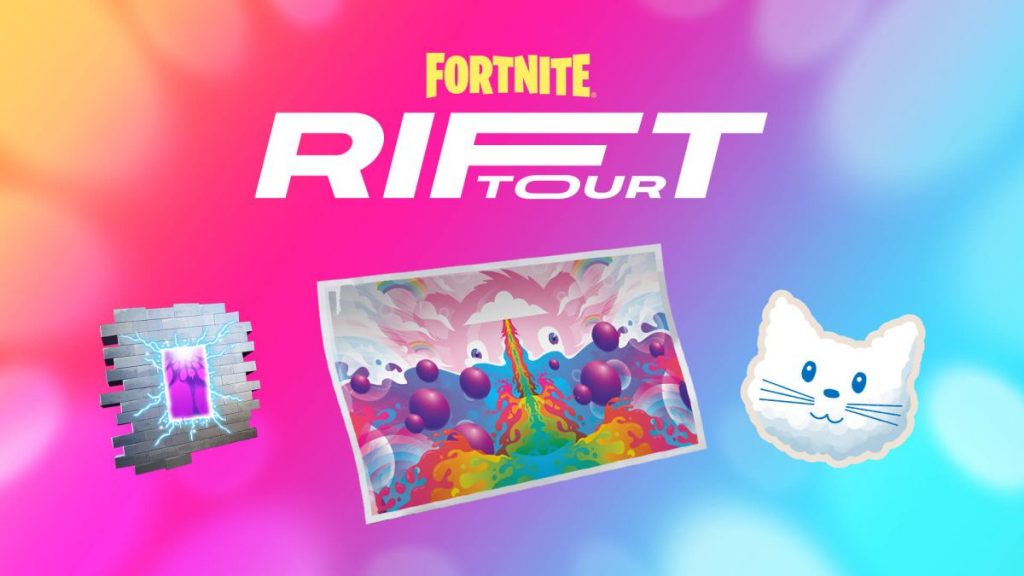 Epic has announced the ‘Rift Tour’ will take place in Fortnite from August 6 to 8, wherein players will “take a musical journey into magical new realities where Fortnite and a record-breaking superstar collide.” According to both court documents and unofficial leaks, the performer on this occasion is Ariana Grande, with Lady Gaga booked in for a series of shows in December.

The Rift Tour’s schedule suggests it’ll be consistent with last year’s series of Travis Scott concerts, which were big in several ways: Scott appeared as a towering behemoth during the event, and the shows attracted a record concurrent player count for Fortnite of 12.3 million (it was also a big score for Scott, who reportedly earned roughly $20 million from the event). Marshmello has also performed in the past

There are a bunch of challenges already live in-game building up to the event which reward players with various cosmetics, and a temporary in-game tab for the five events that will take place over the three days. Epic will be announcing more on August 2, which I’m sure will be grand.