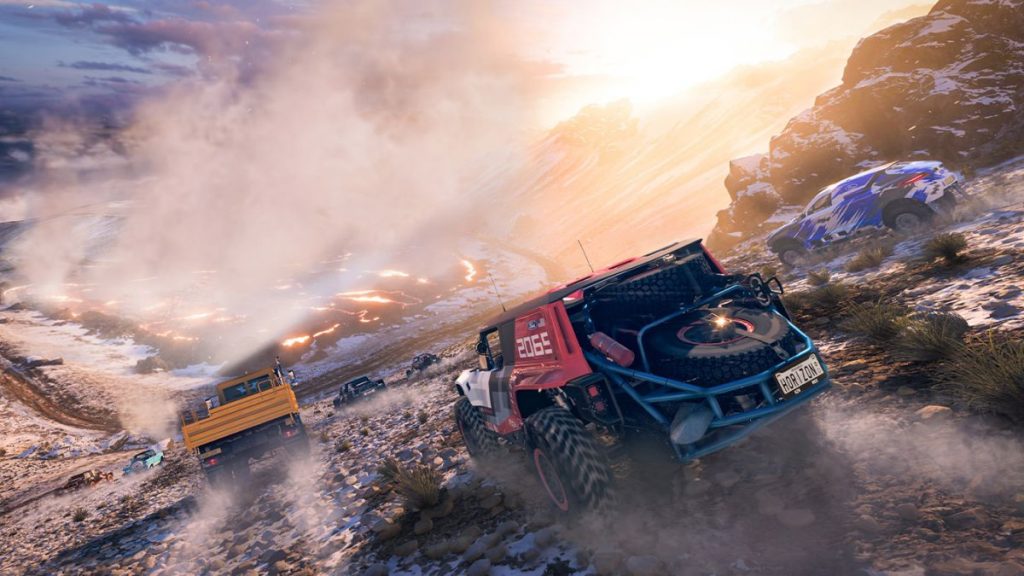 Forza Horizon 5 is going to Mexico this November, and while we got a peek at its diverse biomes already, we finally have the official bird’s-eye of the whole place.

The Forza Horizon Twitter account shared the Summer version of the in-game map, which gives us a better idea of how things fit together and what kind of races we might run throughout it.

A couple highlights, to my seasoned Horizon eyes:

The volcano is huge. La Gran Caldera dominates the northwest quadrant of the map, and will probably loom large no matter where you are. It’s definitely going to be the jungle gym of the map, where freeroam players zip around to catch major air off of its rim and steep, bumpy sides. I’m excited to take those switchbacks during heavy snowfall. If you can’t launch your million-dollar McLaren into the crater, roleplaying as The One Ring as you vault into piping hot magma, I’m gonna be sad.

Street racing might take a backseat. Help me out here, but I’m not seeing any locations built for the tight corners and curves that suit street racing. There are a few smaller towns, but nothing too urban. Up in the northeast there’s Guanajuato, though, which might fill the void with some potential hills and complex track layouts.

Dunes, baby. I really missed them in Horizon 4, but the west coast has a massive stretch of hilly sand that’ll make for great offroading. Some of my favorite events in the Horizon games just task players with gunning it to a specific point as fast as and by any means possible, and the dunes will make for some chaotic sprints.

Otherwise, it’s looking like a fairly standard mosaic of farmland, rivers, forests, hills, towns, and beaches. I’m curious to know what kind of scale and topography we’re working with here overall though. Playground says it’s the biggest Horizon game yet, which could really change what we’re looking at here. This might be the most big-ass jumps per capita in a Horizon game yet. Just imagine all the great pics we can get of our vans flying through the sky. Videogames are a force of good.