Check out the line-up of games that will join a Microsoft subscription service in October 2022.

Xbox Game Pass library has constantly been expanded with fantastic titles, often brand-new releases. Despite compiling all of the list confirmed XGP additions for 2022 and 2023, we thought it would be handy to have a separate list of games joining the service each month. As October is just around the corner, it’s time to take a look at the upcoming arrivals.

Game Pass October 2022 will open with a cozy farming simulator. Then it will add a highly anticipated JRPG to the mix and conclude with a sci-fi horror game. Regarding genre variety, October doesn’t disappoint. Undoubtedly, every player will find something to suit their taste.

It’s still a long way off till next month. However, here’s a list of the new games that will definitely join Game Pass in October.

Bear in mind that the line-up might still change as October approaches. But don’t worry; we will update a list whenever an addition is announced.

What games are joining Game Pass in October 2022?

The fans of relaxing gameplay are surely waiting for Coral Island, a farm sim that takes players to a vibrant, idyllic island where they can have a fresh beginning. Forge friendships with locals, cultivate plants, nurture animals and restore the town and its surrounding coral reefs. The title features all essential elements of its genre, but thanks to its unique twist, it stands out from the other farming games.

When discussing new Game Pass arrivals in October, we couldn’t help but bring up A Plague Tale: Requiem. It’s the sequel to the award-winning adventure A Plague Tale: Innocence, which continues the story of siblings, Amicia and Hugo. Once more, experience the dreadful times of medieval Europe, ravaged by war and plague. In general, we are expecting not only a captivating narrative but also enjoyable gameplay, just like in the first entry.

Certainly, many Game Pass subscribers were thrilled to hear that Persona 5 Royal will be available in the service from the release day. It’s no surprise as it’s probably one of the most anticipated former Sony exclusives to come out on PC. This legendary JRPG is known for its art style and visual-novel-like gameplay intertwined with turn-based battles. Moreover, it’s a game’s definitive edition containing lots of additional content that will engross for hours. The fans of the genre are certainly in for a treat!

The spooky season is coming, and Game Pass October additions reflect that perfectly with two horrors – Scorn and Signalis. Although they have different aesthetics and settings, they have one thing in common: you won’t sleep a wink at night after playing them. However, if you can’t wait to immerse yourself in the atmosphere of Halloween, check out our list of the best scary games that will give you goosebumps. 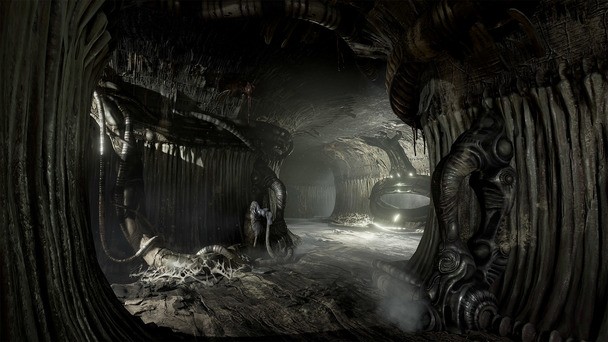 How to get XGP cheap?

If you like Game Pass October line-up but are not a member of the service yet, we have great news. Newcomers can join the subscription for only $1 / 1€ / £1 / 4 zł for the first month. Moreover, if you own an Xbox, consider choosing GP Ultimate, which allows you to access the extensive game library on your console. The hundreds of excellent titles are waiting for you, so don’t hesitate to take advantage of this fantastic offer!

It will be an excellent month for Game Pass subscribers, seeing how many great games are coming to the service. Do you like the Xbox Game Pass October 2022 line-up, or are you slightly disappointed by the selection? Feel free to share your thoughts in the comments below!