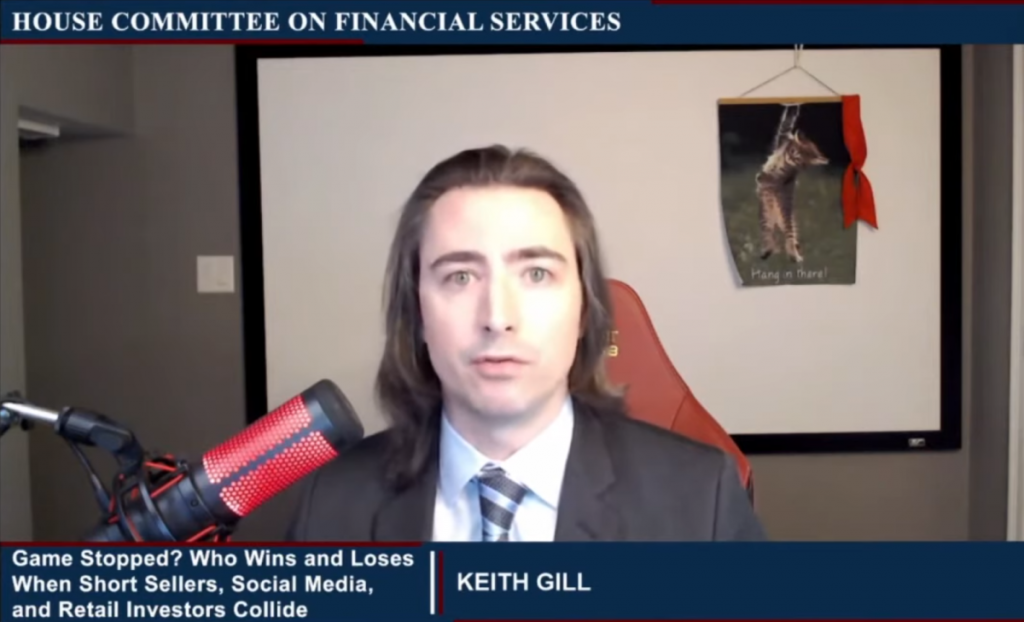 At the start of this year, we all witnessed a phenomenon that has now acquired a name: meme stocks. In this case it was the sudden explosion in value of GameStop, a traditional bricks and mortar videogame retailer in the US, which had been looking fairly moribund until a rush of investment sent its valuation through the roof. Some people made lots of money, and some lost a lot. In the immediate aftermath Keith Gill, a key figure in the goldrush and better known online as Roaring Kitty, told Congress that “even I barely understand these matters.”

That explanation has not, however, impressed regulators in Gill’s home state of Massachusetts. The problem is that while Gill styled himself as the little guy and played up the cat memes he was, until he resigned this January, a registered securities broker and worked as a financial wellness education director at the Massachusetts Mutual Life Insurance Company (MassMutual). The state of Massachusetts did not like this one bit.

As reported by the New York Times, Massachusetts regulators accused MassMutual of failing to adequately supervise Gill’s trading and online activity. In addition to which, Gill was also apparently trading on behalf of three other people, unaffiliated with MassMutual, without the organisation’s knowledge or approval.

MassMutual has agreed to pay a fine of $4 million, as well as submitting to an independent compliance review and other unspecified measures. It does not admit nor deny the accusations.

“MassMutual is pleased to put this matter behind us, avoiding the expense and distraction associated with protracted litigation,” said a company spokesperson.

“As far as MassMutual is concerned they were obviously totally at fault for not supervising him,” William F. Galvin, secretary of the commonwealth (public information officer), told the NYT. “I mean, it was beyond a small matter of negligence. It was complete and thorough.”

An attorney for Gill described his license as irrelevant, and claimed he was helping to manage the accounts of three family members, and “less than 5 percent of the trades in those accounts were in [GameStop stock].”

Gill had built a following on Youtube with his investment advice, and in particular his fixation on GameStop. This would eventually combine with the subreddit r/wallstreetbets into something of a mass movement of online traders, who dove into GameStop stock in a co-ordinated manner and pushed the company’s valuation to extremes: at one point, Gill’s initial $53,000 ‘bet’ on GameStop had become worth $48 million. Even Elon Musk got involved.

The state of Masachusetts is still poking around Gill in an effort to find out just what went wrong, so there may be more to come: he remains under investigation, and has already given testimony to one congressional hearing. This story is clearly going to run and run: but hey, at least some people used the profits to adopt gorillas.