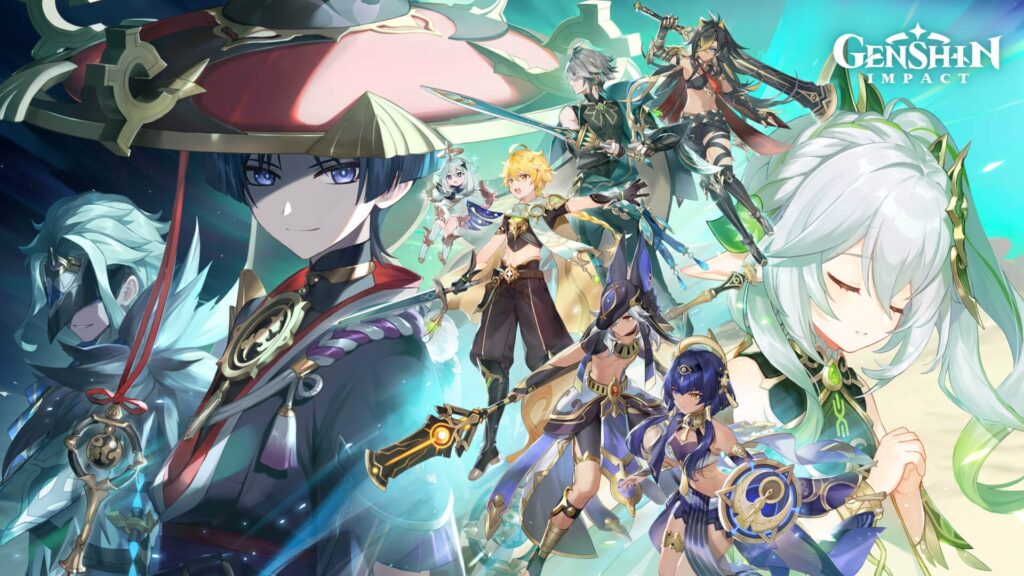 Hoyoverse has detailed what we can expect from the upcoming Genshin Impact 3.1 update. We’re getting a brand new desert area to explore within the nation of Sumeru, as well as three new characters, a wine festival, and new events and challenges to take on.

Not long after Genshin Impact 3.0 introduced us to the nation of Sumeru, Genshin Impact 3.1 adds a vast new desert area to explore within that nation. The desert plays host to the bustling settlement of Aaru Village, but it’s also home to the Mausoleum of King Deshret and all the traps, tricks, and robotic guardians it contains. Naturally, the 3.1 update will continue Sumeru’s Archon Quest here.

Three new Genshin Impact characters are being added as part of this update as well. Nilou is a five-star Hydro character who wields a sword, while Cyno, whose full name is Mahamatra Cyno, comes in as a five-star Electro polearm user. They’re joined by four-star polearm wielder Candace, who is directly descended from the aforementioned King Deshret. Banner-wise, you can expect Cyno (and Candace) and a Venti re-run in the first half of the update, with Nilou and an Albedo re-run following in the second half.

You won’t have to spend all of your time in the desert, of course. Back in the verdant nation of Mondstadt, Weinlesefest will give you a chance to taste some wine alongside the Anemo Archon. There will be minigames to play, rewards to reap, and even some new story regarding Razor and his past.

As well as all this, you’re also getting some brand new events and extras. An event called The Wind Chaser will challenge you to take on a wind-themed Domain, while Star-Seeker’s Sojourn tasks you with helping a girl look for the Future Stars. There’s also a new reward in the form of character recruit Collei, who will be offered for free if you complete the third chamber of the Spiral Abyss’s fourth floor. All this, of course, is joined by new daily login rewards, which you can see below.

If you’re more of a Genshin Impact tech nerd and you want to know how the engine works, you’re in luck with the 3.1 update as well. This update is introducing “dynamic terrain deformation”, a system that will make sand look more realistic. Playing on PS5 will also yield results, as the DualSense is getting new vibration feedback features when casting Elemental Burst spells.

When is the Genshin Impact 3.1 release date?

You’ll be able to check out all of the above features on the Genshin Impact 3.1 release date, which is September 28th. Be sure to mark that date on your calendar, and get ready to update your game on whatever platforms you’re playing on. Just be careful of the PC’s anti-cheat vulnerability if you’re exploring Teyvat on PC.

There’s a Genshin Impact anime in the works as well

It’s all go in the world of Hoyoverse right now. Not only is Genshin Impact still going strong, but the studio is also currently working on new property Zenless Zone Zero, which had its first beta test last month. It was also announced earlier today that Genshin Impact is getting an animated adaptation from legendary Demon Slayer and Fate/Zero studio Ufotable. You can check out the announcement trailer for that anime right here.

Ufotable’s involvement should be pretty exciting to you if you know your anime. The studio’s best-known export is Demon Slayer: Kimetsu no Yaiba, which became an instant sensation when it was released back in 2019, spawning a successful movie in the form of Mugen Train. Ufotable is also well-known for its Fate/Zero adaptation, as well as the followup Fate/stay night: Unlimited Blade Works.

You might also know Ufotable from its God Eater anime, or perhaps its Tales of Symphonia animated OVAs. To put it simply, Ufotable is a big name in the world of anime, so it’s safe to get excited that this is the studio chosen to work on the Genshin Impact anime.

You can download and play Genshin Impact for free right now on PC, mobile devices, and PlayStation consoles. There’s also a version of the game in development for Nintendo Switch right now, although no announcement has yet been made regarding an Xbox version. Watch this space for more on Genshin Impact as we get it. In the meantime, why not check out our Genshin Impact guides to help you get your bearings in the world of Teyvat?