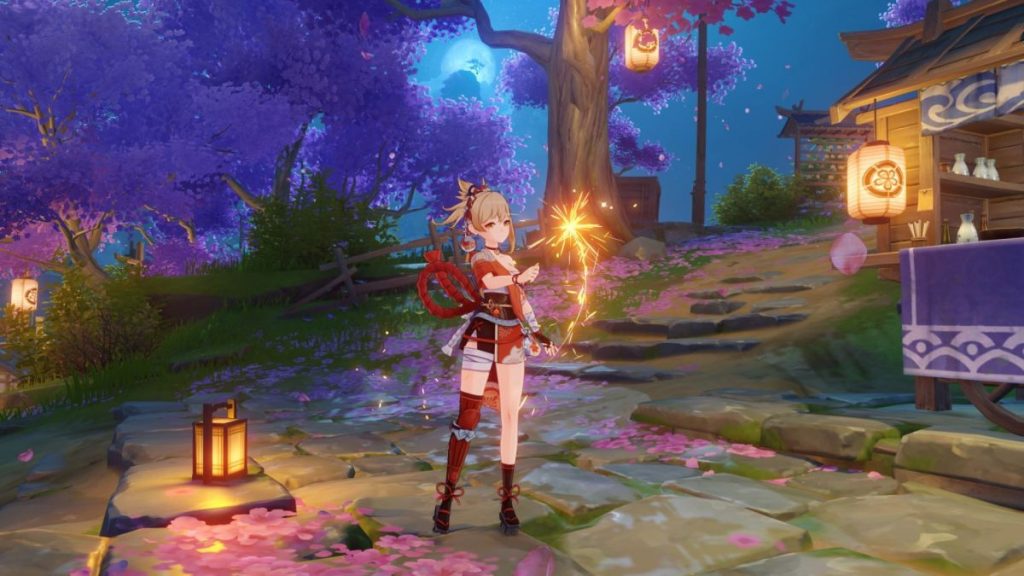 Peppy pyro archer Yoimiya has been live on Genshin’s limited character banner for just over a week now. Fans were excited about her arrival—her design is fantastic and the only other fire-based archer is firmly at the bottom of most Genshin tier lists. But now she’s here, complaints of broken mechanics are rife, and players are worried about it setting a precedent for future character releases.

It’s an issue for a game that players can easily dump hundreds of dollars into. Five-star characters are rare, and often only released for small windows at a time before being locked away for several months. Even if players aren’t spending money, they are often spending weeks or months grinding and saving up for their favourites.

Redditor PartyConfetti put together an extensive list of Yoimiya’s issues, including the fact that the majority of her normal attacks straight-up miss the enemy. Players are also frustrated with her strongest attacks being locked behind the latter half of a combo, despite the frequent need to dodge and break that combo. Fellow redditor Ayatori called the situation “unacceptable,” sharing concerns that developer miHoYo has yet responded to any complaints.

“Yoimiya’s issue isn’t that she’s weak… it’s that her kit is thoroughly underdesigned, uninteresting, disconnected and very evidently undertested,” Ayatori wrote. “I’m not asking for Yoimiya to become one of the best DPS characters in the game. She can stay C-tier for all I care, she just needs to have her mechanics fixed.”

Pop over to Chinese social media site Weibo and you’ll find thousands of disappointed players. Many replies simply say “optimise Xiaogong,” Yoimiya’s Chinese name. Some lament the lack of communication from miHoYo, while others are encouraging players to flood this week’s update livestream with complaints.

Unfortunately, it’s surprisingly rare for miHoYo to actually respond to any criticisms around Genshin Impact and its cast, though the studio did give fellow five-star character Zhongli a significant buff last year following droves of complaints from fans. With the Gensin Impact 2.1 livestream happening soon, it will be interesting to see if anything happens, or how far fans will go to fix their favourite characters.