Home » Get ready to build your own dinosaur park with Jurassic World Evolution 2, releasing on November 9

Get ready to build your own dinosaur park with Jurassic World Evolution 2, releasing on November 9 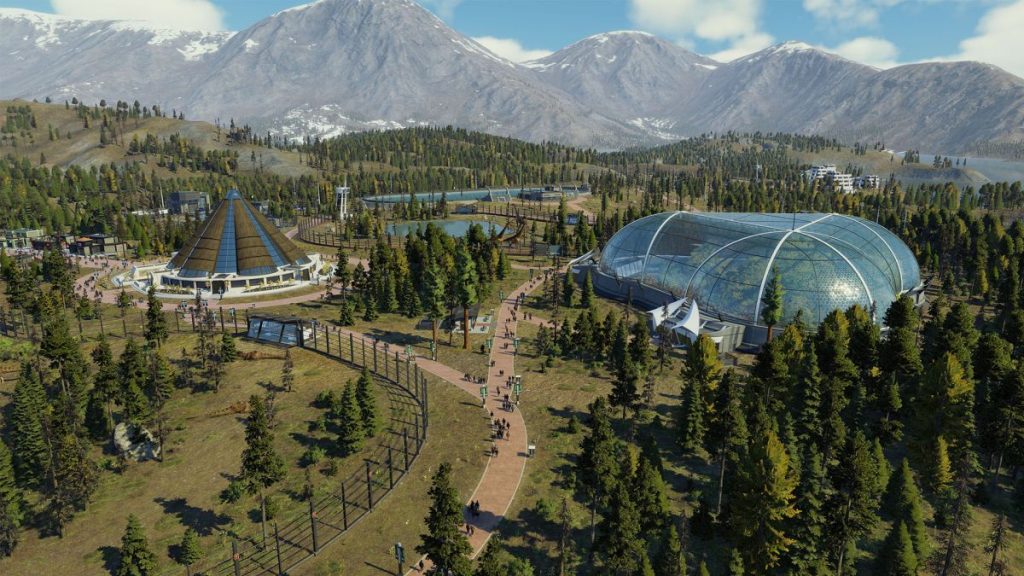 Think you’ve mastered the skills of designing and maintaining a park filled with towering Brachiosaurus, dangerous Tyrannosaurus,  and guests who just can’t get enough? Think again. Jurassic World Evolution 2 is coming on November 9 to put your skills as a park manager to the test, and you can pre-order your copy now.

Pre-order your copy of Jurassic World Evolution 2 to receive bonus cosmetic items to customize your park vehicles, or pre-order the Deluxe Edition to get five additional dinosaurs and even more cosmetics for vehicles and park signage.

The new game will see you build bigger, more intricate parks in entirely new locations, each with their own environments and weather hazards. You’ll also have to think vertically, as the game has more dinosaurs to deal with, including both marine and flying reptiles. The dinosaurs are getting smarter, too, with more advanced behaviors, so don’t be surprised if you start seeing raptors hunting in packs and putting pressure on bigger prey if the raptors manage to escape their enclosures.

Beyond the new dinosaurs, you’re also going to have to pay more attention to your staff. You’ll have a new team of scientists at your disposal who can help or sabotage you depending on how you manage them. Their work can improve your park’s capabilities, but if you push them too hard — well, you’ve seen the first Jurassic Park movie, right?

Jurassic World Evolution 2 will feature a campaign mode with an original storyline that picks up where Jurassic World Fallen Kingdom left off, letting you continue the story. You’ll play a lead role in the Department of Fish and Wildlife’s efforts throughout mainland USA to control, contain, and conserve the prehistoric species that are now roaming wild. The campaign also includes the voice acting talents of some of the film series’ stars, including Bryce Dallas Howard and Jeff Goldblum.

If you want to connect more with the movies, you can put yourself into the heart of the Jurassic World film franchise and add your own mark in ‘what if’ scenarios in the Chaos Theory mode. This will let you see if your management skills will avoid the catastrophes that unfolded onscreen. You can also test your skills in the Challenge Mode, or just express your creative side in the Sandbox Mode.

Jurassic World Evolution 2 will have you building bigger, more intricate parks than ever, letting you customize details from the textures of the ground to the color schemes of guest buildings. If you pre-order, you’ll also get some throwback style, as pre-orders include a digital bonus bundle of three vehicle skins inspired by The Lost World: Jurassic Park to use in the Sandbox and Challenge modes. The Deluxe Edition of the game includes even more with five additional prehistoric creatures, six guest amenity signs, and an additional three vehicle skins bundled in.

Check out Richard Newbold, Game Director in a rapid-fire interview all about Jurassic World Evolution 2.

So, if you’re raring to get your next dinosaur park built, don’t miss your chance to pre-order Jurassic World Evolution 2 now.  The game is coming to PC as well as Xbox and PlayStation. Keep up with all the latest details on the game here.