Get this life-like mechanical tabby cat for maximum office chaos 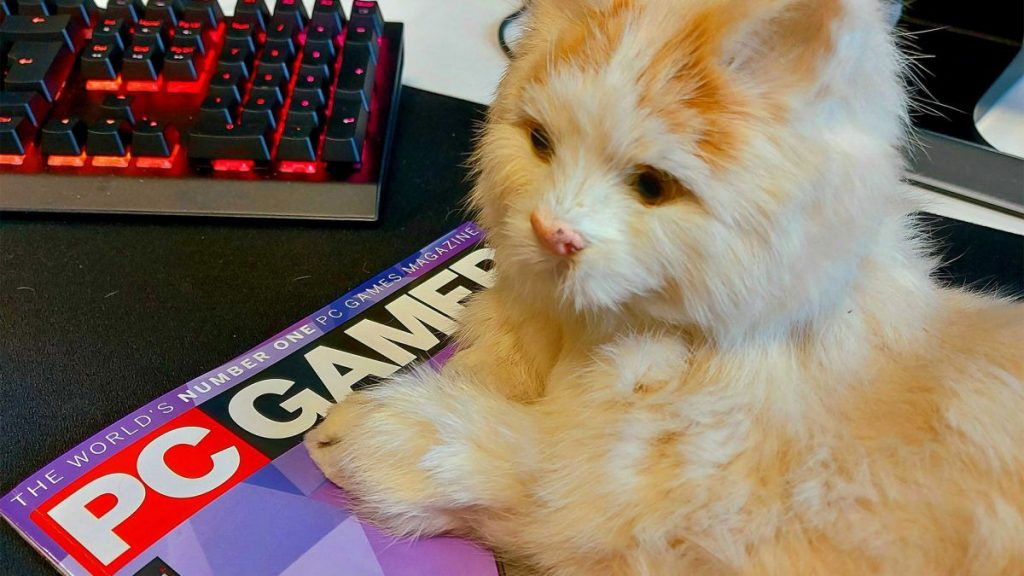 This is Van, the PC Gamer UK office’s cat statue. He is not a mascot, per-se. Just our ever-watchful sentinel, judging us with those sweet, glassy eyes.

Sometimes you’ll find him on your chair when you hop off to get a coffee. Other times he’s back on the shelf as if he’d never moved, but we know better. He is everywhere, and nowhere all at once, and permeates hearts and minds in our morning stand-up meetings.

Just today, he turned the monotony of our morning meet into some serious Friday energy, and for that we thank him. But what a strange coincidence it was that, after Van gave us so much amusement, this little fellow showed up as a daily deal on Best Buy.

Now, i’m not highlighting this as a fantastic deal or anything. I’m just saying cats make everything better. And this one moves. Like, really moves—not like how we imagine Van to patter around the office when no one’s looking.

It’s meant as a companion for the elderly, but it would make a hilarious joke present all the same. And it’s kind of adorable, if a little creepy. Even creepier that it popped up after we were joking about cat companions this morning…