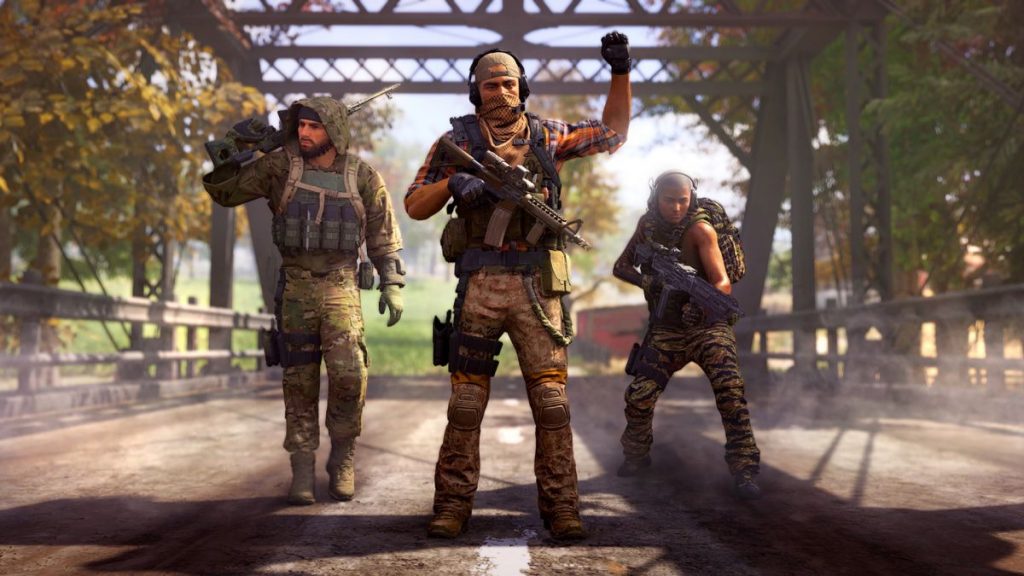 Ghost Recon Frontline, revealed today during a livestream marking Ghost Recon’s 20th anniversary, is a free-to-play PvP shooter that supports up to 100 players in team-based combat across a large, open battleground. That’s right—it’s a battle royale game, although its main mode has an extraction twist in the vein of Hunt: Showdown.

Frontline takes Ghost Recon back to its FPS roots—more recent additions to the series, like Wildlands and Breakpoint, were third-person shooters—and promises an “advanced class system” that enables players to customize and upgrade characters. Different classes will be able to pursue unique skill paths, and will also have access to a range of deployables like auto-turrets, barricades, and smoke screens. And unlike most battle royales, Frontline characters—contractors, as they’re known—can be swapped on the fly, so you can more readily adapt to whatever situation presents itself.

The “flagship” mode in Frontline, called Expedition, will see 102 players in teams of three working to complete objectives, gather intel, defend it from opposing players, and then escape from the map. As the video points out, the process of extraction is noisy and very visible, and a perfect opportunity for other teams to swoop in while you’re waiting for your ride. Other modes promise a more “casual” experience: A Ubisoft rep said Frontline will also have a Control mode at launch, although details on that haven’t been revealed just yet.

Frontline will evolve across multiple seasons, with new modes, maps, characters, tactical tools, and other content added during each new season. A launch date hasn’t been set yet, but a closed beta test—unfortunately limited to players in Europe to start—is coming soon. Have a look at a handful of screens below, and find out more at ghostreconfrontline.com.