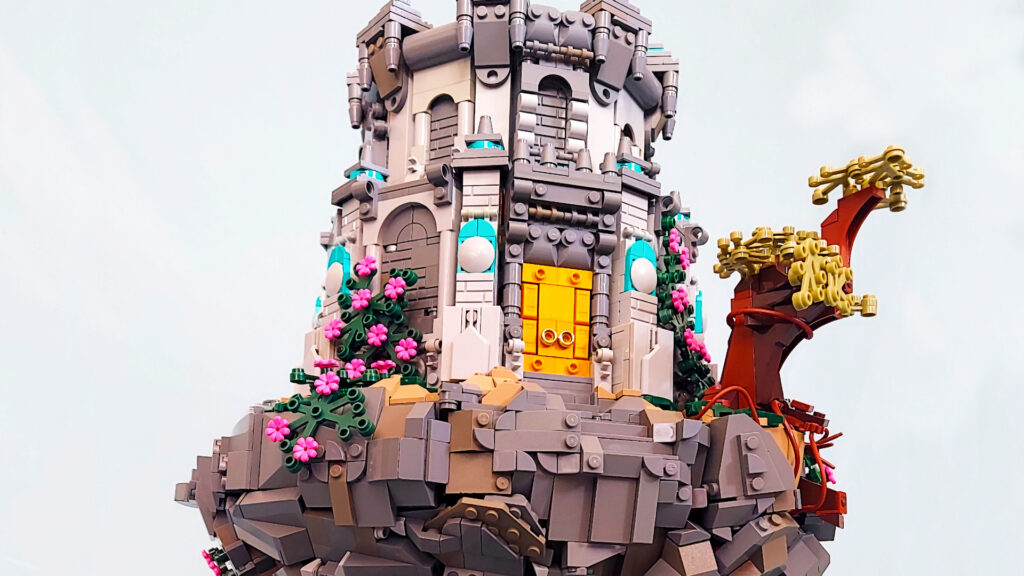 A giant fan-made LEGO Elden Ring build recreates the Walking Mausoleum living structure from the RPG game. While most players are still working on honing their in-game Elden Ring builds, one FromSoftware fan had a rather different type of build in mind. The incredible LEGO structure is based on the wandering mausoleums that lumber around the open-world game’s vast plains.

Creator HoboSapient shared their creation to the Elden Ring subreddit, garnering huge attention and tens of thousands of upvotes from users wowed by the gargantuan construction. HoboSapient says that the structure is built from an estimated 5000 – 6000 individual LEGO pieces, and weighs around 30 pounds (that’s about as much as the average three-year-old child).

The internal structure is made from LEGO Technic, the range frequently used for more intricate sets with complex mechanisms or structures. HoboSapient says that the resulting figure is “pretty solid,” and that they put it together out of pieces gathered over a 20+ year period of collecting LEGO.

The walking mausoleum, also sometimes called a wandering mausoleum, is a giant, rocky creature that can be found stomping slowly around certain areas of Elden Ring’s map. They can often be heard from a great distance thanks to both their heavy footfalls and the giant bell that swings from their undercarriage. If you can get one to stop, the mausoleum atop its back offers a way to duplicate Remembrances, making it well worth the trouble.

Among the praise in the responses, several upvoted comments suggest that the set could be submitted to the LEGO Ideas program, where users can propose their own sets to be made into actual builds for sale. Video game submissions such as LEGO Terraria builds have proven popular on the platform in the past, although HoboSpaient ponders whether Elden Ring would be considered too “mature” a setting to pass the bar for consideration.

If you’re still working your way through the mammoth fantasy game, check out our guide to Elden Ring bosses and list of the best Elden Ring classes. If you’ve been playing for a while and are looking for ways to mix things up, one Elden Ring mod overhauls the game’s combat completely with inspiration drawn from Sekiro and Bloodborne. The Elden Ring YouTube launch has set a new record for the video platform following its release in February.