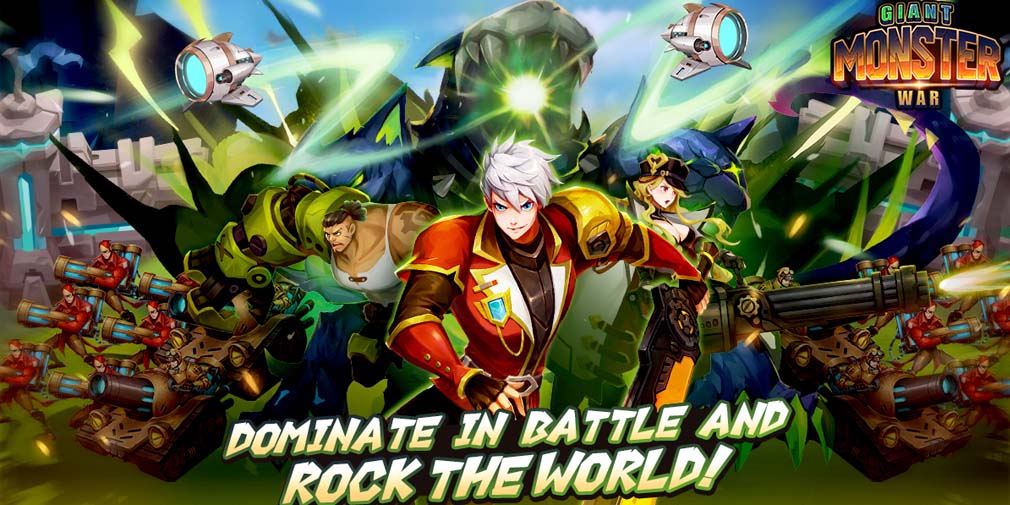 X-LEGEND Entertainment Co., Ltd and Audere Gaming (HK) Limited have officially announced that pre-registration sign-ups are now open for Giant Monster War, the upcoming strategy game on iOS and Android. The PvP title lets players explore a variety of creatures across vast ruins and train epic beasts called Titans, as is evident with the game’s title.

In Giant Monster War, players can expect to collect Heroes and Titans and find the best and most strategic combinations to excel at tactical combat. They must master the Technology Tree and compete against other players on the road to becoming the greatest of them all across the Titan Continent.

The game also boasts quirky cats as well as challenging levels players can take on in the PvE tower defence mode. Additionally, the game’s partnership with WEMIX lets players earn gold and exchange them for MONCO tokens to allow them to trade and dabble in blockchain technology. As such, players can expect a massive airdrop event that will give away MONCO tokens once the game is officially launched.

If you’re eager to join in on all the fun and experience the game for yourself, you can now pre-order Giant Monster War on the iOS App Store and on the Google Play Store for Android devices. It’s a free-to-play game with in-app purchases. You can also visit the official website for more info, join the community of followers over on the official Discord channel to stay updated on all the latest developments, or have a look at the embedded clip above to get a feel of the game.

Are you on the hunt for more similar titles that will put your skills to the test on your mobile device? Why not take a gander at our list of the best Android strategy games?