Going back to PUBG in 2021 was a mistake 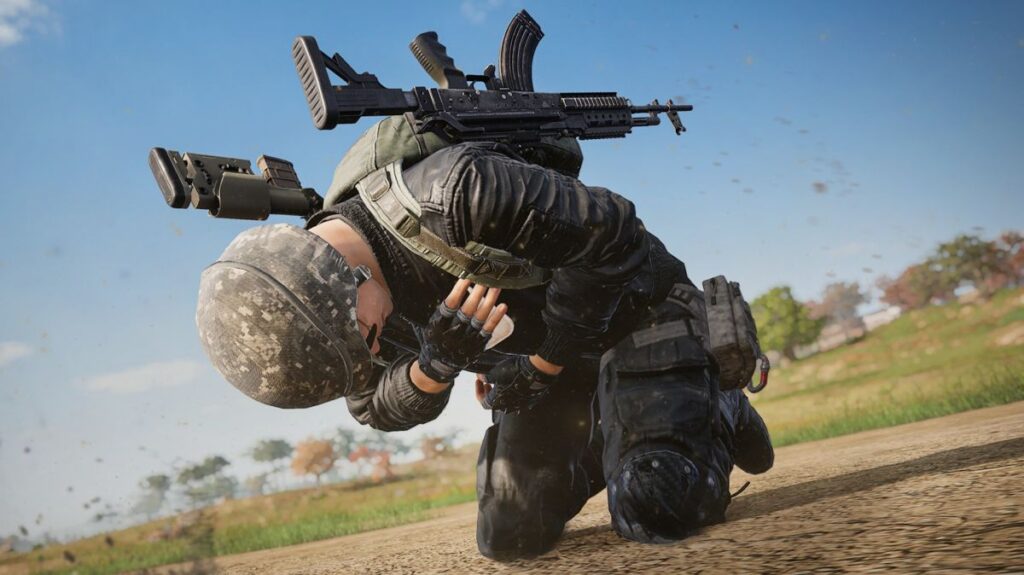 The thought entered my head when I heard that PlayerUnknown’s Battlegrounds was getting a new 8×8 map this month: “Wow, when was the last time I played PUBG?” I don’t hear much about the battle royale game that kicked off the trend way back in 2017, but it’s still one of the most played games on Steam every day. “I should check out that new map and see how PUBG is doing!”

Yea, that was a big mistake.

I clocked around 55 hours in PUBG during its first year. My friends and I weren’t nightly winners, but we had our share of chicken dinners. In its first months I remember being excited about PUBG’s potential as a sim-adjacent competitive shooter. Having played PlayerUnknown’s original Arma 3 battle royale mod, I liked PUBG’s simplified weapon handling and more stable shooter foundation on Unreal Engine 4. At the time, PUBG made the mechanically obtuse, ultra sim-y DayZ and Arma 3 look like the dinosaurs in the room. Nowadays, PUBG is more obsolete than either of them.

PUBG is only four years old, but it already feels like a relic of a genre that moved on to bigger and better things. Jumping back in the past week, I was immediately surprised by how little has changed. Movement is still floaty and slightly delayed, vehicles drive like butt, character models are ugly, cosmetics are bland, and the waiting period before a match actually starts is obnoxious as hell.

PUBG combat is still a lot of tactical bush shooting, for better or worse.

Seriously, I thought battle royale games figured this out already: Give me something to do or just show me a list of players. I don’t want to wait two or three minutes to find a game just to spend another 60 seconds standing around an empty street while randos throw apples at my head. At least Call of Duty: Warzone’s pre-game lobby hands you a random weapon to practice your aim or blow off steam with. I’d appreciate a similar mini free-for-all in PUBG’s lobby, at least so I don’t have to spend that pregame minute hovering over the “exit” button, pondering on why I’m playing boomer royale.

There are so many 2017-ass design choices here that come off as dated and uninviting now, most of which trickle down from a terrible looting experience. Outfitting a rifle with a few attachments I found in a dingy garage is still a chore.

After countless hours in Apex Legends and Warzone, PUBG’s loot pool feels bloated with samey SMGs, rifles, and attachments. Loot spawns in messy clumps that make something as simple as picking up an individual item off the ground maddening (good luck picking up that tiny compensator instead of the medkit clipping through it). You’re heavily encouraged to use the inventory interface for every interaction with the world, which means spending ten minutes sorting through garbage in a menu ripped from 2013 early access DayZ until you have the gear needed to be competitive.

This laborious, drawn-out looting phase carried over from the survival games that preceded PUBG is what originally killed my battle royale buzz. In the years since, the biggest battle royale games have sped up the looting process or minimized its importance in favor of the actual good part of battle royale: tight, coordinated team fights.

Apex Legends has a simplistic loot hierarchy with readable, spaced-out pickups effortlessly pocketed from the ground. To make sure you barely have to micromanage anything, attachments automatically transfer from one weapon to the next (PUBG eventually borrowed this feature in late 2019). Warzone went a step further in 2020 when it ditched looted attachments for pre-configured weapon blueprints that piggyback off the strong customization in Modern Warfare’s Gunsmith. Instead of scrounging around dusty bedrooms hoping for a 4X scope, I can call in the kitted-out M4 of my dreams within minutes.

Recoil in PUBG is no joke, a fact that I relearned in this fight.

Once I actually got to moving around and shooting stuff in PUBG, it still didn’t feel quite right. Vaulting and climbing just… don’t work unless you hit your target ledge at the right angle (a technique that more experienced players are probably used to). Basic inputs like running, crouching, and jumping have a noticeable moment of animation windup before your character actually does anything—something I appreciate in Arma’s simulated PvE operations, but not so much in a competitive FPS.

Mid-to-close range firefights are where PUBG starts to feel OK. I had a few good “hot drop in a town and fight everyone in it” matches that I sometimes won and mostly lost. In those scenarios, PUBG is a slow but functional FPS, but its lack of easy-to-read feedback gets more frustrating during common 100-meter sniper showdowns. From that distance, you have to watch each bullet travel and look for a blood splatter on the target. With tried and true features like hit markers and “thwoop” indicator sounds in every other popular FPS, PUBG sticks out with its more realistic (and less satisfying) impacts. The most you get is an aggressively unexciting notification that “YOU HAVE DOWNED HILL_SNIPER47.”

I don’t remember ever thinking this back in 2017, but PUBG is an eerily quiet game. Notifications don’t have sound effects and characters don’t speak. The one song that plays on the main menu goes mute as soon as you enter a match, instead of carrying into the start of a match like Apex Legends’ customizable intro tracks.

In a way, quiet is exactly what you want—I’m able to pick out the sound of guns and footsteps around me in PUBG no matter what—but the lack of any natural ambiance started to get to me as I sprinted past trees that don’t sway and water that doesn’t flow. Maybe I’ve just been spoiled by the rich, living soundscapes of Hunt: Showdown’s Louisiana bayou maps, but Hunt proves that a reactive world can add a lot to a game that is mostly running in grass.

It’s not like any one thing about PUBG is egregiously bad, I just don’t see a good reason to play it nowadays when there are so many better games around. Looking at the last few years of updates—new maps, a few destructible walls, a little plane, more guns—nothing really moves the needle for me. Taego, the new 8×8 map added in the latest update, is its best-looking locale to date.

It’s also encouraging to see Bluehole embrace good ideas from its competitors, like Warzone’s Gulag and self-revive kits. But PUBG remains cumbersome to its core. If that hasn’t changed by now, I shouldn’t hold my breath. There’s clearly still a massive slice of battle royale fans that love the game (mostly in Asia, and mostly on the mobile version). It’s kind of nice that, even as other massive corporations like Epic, EA, and Activision took over battle royale in the West, PUBG still carved out its own corner of the genre it popularized. Good for them, but I’m going to uninstall it as soon as you can read this.